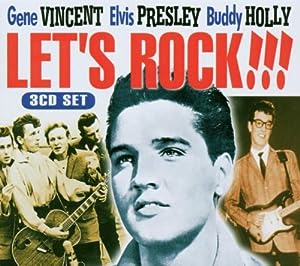 "He ran into Gene Vincent at Penn Station the following morning as they were leaving the city. One of the boys pointed the new rock 'n' roll star out to him, and Elvis walked over and introduced himself, congratulating him sincerely on the success of "Be Bop A Lula". To his surprise Vincent immediately started to apologize. '"The first thing he said was, "I wasn't trying to copy you. I wasn't trying to sound like you.' Just right off the bat, without being asked. I told him, 'Oh, I know that. It's just your natural style.'" And then the two twenty-one-year-olds compared notes on success."
- Last Train to Memphis: The Rise of Elvis Presley, Peter Guralnick, 1994