The Best and Worst Christmas Albums Around, Volume 1


Years and years ago, I read in Esquire magazine the best way to acquire a good collection of Christmas records was simply to pick one out every year.  I’ve tried to do that, for the last 30 years or so, and over time (and thanks to our local public library, which has a pretty astonishing collection), I’ve heard  lots of great and not-so-great Christmas music over the years.  Between now and Christmas, I’m going to try to drop a few hints here and there. 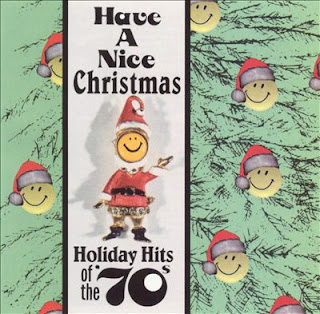 This is the Christmas followup to Rhino’s long-running Have a Nice Day: Super Hits of the ‘70s series of compilation CDs, which were quite popular in the early 1990s (and yes, I have all 25 volumes).  However, Rhino’s didn’t make much of an effort to bag any Christmas chart hits (of the five songs with Christmas in the title that made Billboard’s Hot 100 in the 1970s, this contains precisely none of them), so what we’re offered is a mixed bag of kitsch and Dr. Demento leftovers.

Best:  Obviously, Jim Croce’s “It Doesn’t Have to Be That Way” is head and shoulders above everything else here, but it’s a Christmas song in the way Dan Fogelberg’s “Same Old Lang Syne” is a New Year’s song – it’s a song of regret and longing that happens to take  place around a holiday.  It’s available on Croce’s album Life and Times, as well as a live version and another Christmas anthology, Singers and Songwriters: Christmas, that looks considerably better than this one.  Also, nothing by Glen Campbell is truly awful, so even though his “I Believe in Christmas” was unreleased to this point, it’s worth hearing.  Unfortunately, it’s not available for download.  Finally, you wouldn’t think The Jimmy Castor Bunch (“Bertha Butt Boogie,” “Troglodyte (Cave Man)” could produce a pretty decent sax-driven version of “The Christmas Song,” but what’s here is 75 percent of a pleasant surprise (it would be a 100 percent pleasant surprise if the backing track didn’t sound like the 1972 version of a MIDI file).

Worst:  Where do I begin?  With two songs each by Bobby Sherman (empty but harmless), various Osmonds (same), and Martin Mull (smarmy and obvious – “Santa Doesn’t Cop Out on Dope” is barely a song, as a third of it is his spoken lead in) taking up nearly 40 percent of the album, you’d think it couldn’t be worse – but it is.  Ricky Segall was The Partridge Family’s singing equivalent of The Brady Bunch’s Cousin Oliver, and while I hate to knock someone who became a minister (he’s been working on a play about the life of the apostle Peter), this song is agonizing to hear even once.  But at least Segall had the excuse of being four years old at the time – Wayne Newton was 33 when he made “Jingle Bell Hustle,” and it’s lousy too.  Liberace’s “Christmas Medley” has no business being here; it was recorded in the 1950s, and even though he may have been having a career renaissance in the 1970s, this orchestrated piece doesn’t fit the rest of the album at all.  Finally, Gary Glitter’s “Another Rock ‘n’ Roll Christmas” also wasn’t a 1970s song (1984 release), and given Glitter’s been either in jail or in exile for much of the past two decades for various reasons (look it up yourself), it’s best to skip his track altogether. 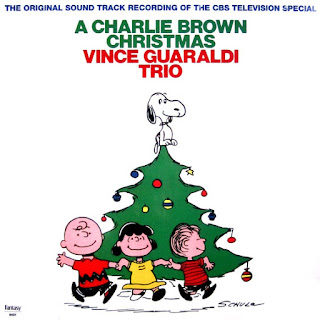 I wish I could take a little bit of credit for the renaissance of this album, which, if it wasn’t out of print in the late 1970s, was almost impossible to find.  One of my fraternity brothers had a copy of the original vinyl edition and put it on at a Christmas party in 1981, much to our amazement (not only did most of us not know this existed, we hadn’t put together the fact that the background music from the television special we’d all seen a dozen times or more was outstanding).  All of us made a tape from that scratchy vinyl edition (happily, I found a new, untouched vinyl copy a year later), and the album has picked up in popularity ever since (it’s been one of the top 10 Christmas albums since Billboard introduced its Soundscan system in 1991).  I now own a 1988 CD issue; there have been several additional reissues and revisions (apparently the 2006 version is the one to avoid, but the one in the stores today is from 2012, so you should be safe.  That version has three additional songs to bring the running time up to a respectable 45 minutes, plucking one song each from It’s the Great Pumpkin, Charlie Brown and A Charlie Brown Thanksgiving (which kind of ruins the Christmas thing, but I suppose they can be skipped).

Best:  “Linus and Lucy,” of course, and the evocative “Skating.”  Of the standards, I’d go with “O Tannenbaum.”

Worst:  nothing dreadful, but the vocal version of “Christmas Time Is Here” is a reminder that the kids who did the voices were really kids, and weren’t necessarily singers.
Posted by Curt Alliaume at 3:48 PM