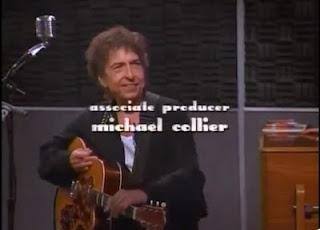 Rock and pop stars who have shown up on television shows. Clips after the jump.


1. What's Happening! "To Doobie or Not to Doobie"

Always hard-hitting and on the cutting edge, the 1970s sitcom What's Happening took on the issue of bootlegging in an era long before MP3s and illegal downloads. Like all inner-city youths, the WH boys love the Doobie Brothers more than life itself, so when an unscrupulous crook offers Doobie tickets to Rerun so he can secretly tape the concert, we're off on a probing and thoughtful examination of artists' rights and the ethics of music theft. Okay, so no we're not. But listen, man, you don't know what fear is until you're a crook who's been cornered in a malt shop by Michael McDonald.

2. Red Hot Chili Peppers: We Want Chili Willy!
There have been dozens of rock star appearances on The Simpsons, and I'm sure we could argue all day long about which ones were the best, but the episode where the Red Hot Chili Peppers appear on the Krusty Komeback Special is my favorite, for two reasons: one, Krusty talks the Peppers into changing their lyrics to be more family-friendly ("what I want to do is, I want to hug and kiss you") and two, Moe tricks them into playing at his bar for an audience of exactly one.

2. Dharma and Bob
From Dharma and Greg, 1999: Dharma tries out for a band whose lead singer is Bob Dylan. A must-see for what may be Dylan's only attempt at polka captured on film.

3. Pete and Pete and Everybody
I have never seen this defunct Nickelodeon kid sitcom, but I have heard good things about it. It was apparently hip enough to attract hip rockers who made cameos, including Michael Stipe, Debbie Harry, Syd Straw, and David (Buster Poindexter) Johansen.

Fernwood 2Night is one of the great, unsung, and nearly forgotten sitcoms, a precursor to Garry Shandling and still one of the most surreal shows ever to pass over the airwaves. So of course Tom Waits was a perfect musical guest. "I live at Bedlam and Squalor," he replies when asked where he's from.

"Hi, I am a huge fan and I just want to say that I think Rap is the new Jazz of the millenium."

This may actually be a dopier appearance than the Doobies on What's Happening. Sabrina uses an infatuation spell to make Gordon Gano fall in love with a teenage girl, for whom he sings "Please Do Not Go." Was Archie Comics paying attention to this show?

Hynde plays Stephanie Schiffer, a singer who replaces Phoebe as the Central Perk house performer, and Phoebe's none too happy about it. Here is Chrissie's beautiful rendition of "Angel of the Morning".

And while we're at it, here's the same gag, with Chris Isaak.

The Reverend Mr. Black? Johnny sings "Blackjack David" on horseback and picks up Mary. (No, really.)

A better episode than it may seem, "The Magnificent Ferengi" is a comedic farce wherein Quark and the boys have to play Weekend at Bernie's with a dead Vorta in order to fool Iggy, whose performance is even more lifeless than the guy playing the corpse.

The grandaddy of these sort of things, I guess, except in this case Jones was a TV star appearing on somebody else's TV show. But in his day he was the ultimate heartthrob, and the little girls didn't care.