Along the road of my musical journey I discovered a plethora of great rock books. Herewith is a list of some of the best.

Born to Run: The Bruce Springsteen Story by Dave Marsh (1978)

Considered by many to be the first real rock bio, Born to Run was published just after Springsteen's first real success but well before he became a bonafide household name. Author Marsh was a friend and unabashed fan of Springsteen when he started the book in 1976 (his wife later became Bruce's PR agent), but beyond the facts of Springsteen's life is a pretty good assessment of his songwriting and performance abilities, as well as plenty of writerly scholarship of  the cultural context in which he crafted his work. An updated edition was published in 1981, which veered dangerously toward hagiography, and its monster sequel Glory Days was a hideously boring insider's celebration of the Born in the USA era. Both books were eventually slapped into one volume entitled Two Hearts.

The Clash: Before and After, Photographs by Pennie Smith (1980; republished in 1996) 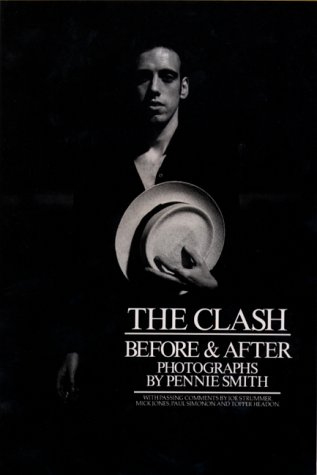 Pennie Smith is a respected photographer who accompanied the Clash on several tours and is most famous for capturing the unforgettable image of Paul Simonon bashing his guitar, which became the iconic cover photo on London Calling (not to mention a British postage stamp decades later). Before and After is a collection of tour photos with captions provided by the band itself. A photo of Mick Jones sprawled all over a chair, his hair long and messy, is captioned by Joe Strummer thusly: "Er... Mick? Keef?" Smith's stark, black-and-white prints capture the weariness and the exhilaration of rock 'n' roll touring, as well as insight into the band's history and humor from the band itself.

Amazon sells new copies of this book for nearly seven hundred dollars, but you can get a used edition for around 80. My 1996 copy is in perfect condition and ain't goin' nowhere. 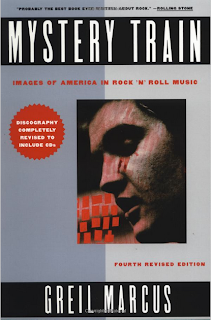 The great textbook of rock 'n' roll. Updated several times over the years, this is Greil Marcus's first major published work and still his best. His focus of study is on artists with unique vision, from Harmonica Frank and Robert Johnson to Randy Newman and Sly Stone. It is both musical criticism and historical study, and it draws a straight line from American blues to modern rock 'n' roll. At its center is a stunning piece on Elvis, written while Presley was still alive but reading as though his time had come and long gone, which by then it pretty much had. Marcus also traces the history of the legendary Stagger Lee, the gambling rascal who took a knife in the back through dozens of musical incarnations, including an eponymous single and a song by the Clash. Any serious study of American popular music must include this book. Singled out by Greil Marcus as one of the best works of fiction about rock 'n' roll, writer Harlan Ellison's novel is considered by many a thinly-veiled Elvis pastiche. But Ellison says he was influenced by Jerry Lee Lewis and by a story told to him by Army pal and pop singer Buddy Knox ("Party Doll") about a rock 'n' roll star who tossed a fan out a window. Skinny, smoldering Stag Preston (nee Luther Sellers) is discovered by a New York hipster working for a Colonel Parker-type manager and is set upon the road to stardom, only to have it discovered way too late that he is in fact a sadistic, inhuman monster. Ellison's fictional song titles and lyrics aren't always convincing (I somehow doubt a song title as lame as "Car Hop Angel"would have made for a hit in any era) but his depiction of the sordid end of the first rock 'n' roll era feels right, as well as the easy way people can buy and sell their own souls.
Posted by John E. Williams at 3:09 PM