The Jackson 5 notched their first number one hit in January 1970 with “I Want You Back,” the Osmonds’ first #1 came thirteen months later with “One Bad Apple.”  Donny didn’t even sing lead on most of that group’s hits (Merrill Osmond was the one who really had the voice; Donny’s contributions to “Apple” and other songs from the era were usually a single line in the chorus), but still, by the end of 1971, MGM Records had released two Donny solo LPs.  This is probably due to two things:  1) label president Mike Curb never missed an opportunity to make a buck, and 2) I suspect somebody realized Donny’s voice would change sooner or later.  (And when it did, sometime around 1973, his record sales dropped accordingly.)  Anyway, Michael’s first solo LP, Got to Be There, didn’t release until January 1972 – by that time, I assume somebody at Motown realized they could crank out lots of material for Michael, who really had the voice of The Jackson Five.  (If you don’t believe me, look on YouTube for the group doing “I Want You Back” on The Ed Sullivan Show – Jermaine is way off key, and poor Marlon isn’t even miked.) Got to Be There was followed quickly by Ben seven months later – and then Michael (and the rest of the group) fell victim to a strange form of corporate neglect; while Michael released a couple more solo albums over the next few years (older brothers Jackie and Jermaine did as well, and the group did issue 10 studio albums during their Motown years, but the material just wasn’t there.
80 percent of the group switched to Epic (part of Columbia Records) in 1976 (Jermaine, who had married Motown owner Berry Gordy’s daughter, stayed put).  The band put out a few albums during the next three years (which included two top 10 hits, “Enjoy Yourself” and “Shake Your Body (Down to the Ground)”), but the explosion took place when Michael released Off the Wall in 1979.  After that, it seemed only a matter of time before he would be working only as a solo act – an opinion that was cemented when the follow-up album, Thriller, became the biggest selling album in history and generated seven top 10 singles.  (The weirdness came later.)


By the time of Jackson’s death in 2009, he had released six solo albums for the label.  The problem was, the first three (Off the Wall, Thriller, and 1987’s Bad) were so hit-laden, putting the songs on a greatest hits set almost seemed superfluous.  (I should point out that, after the first three albums generated 17 top 10 hits, his next three – Dangerous, the half-hits, half-new HIStory, and Invincible – had just seven.  And if you can sing “Scream” or “In the Closet,” you’re much more of a fan than I am.)
Of course, getting Motown and Columbia to cooperate on a greatest hits set is a challenge, but Epic has done pretty well.  And there’s always a mix of Jackson 5/Jacksons hits included.


For now, here’s my choice: 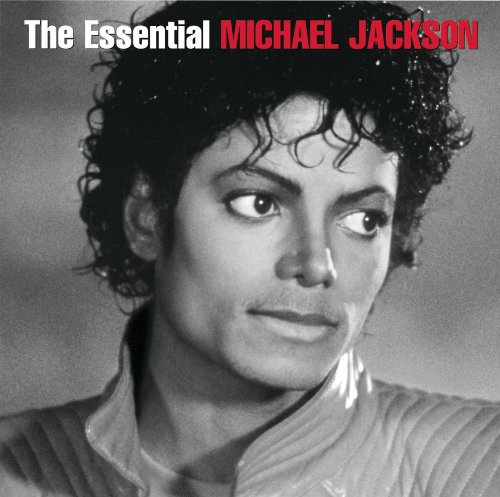 Two disks and 38 songs total, six of which are from the Motown era (three J5, three solo – I would have liked to have seen “I Wanna Be Where You Are” added, but that’s a quibble), and four from the Jacksons (strangely chosen; “Blame It on the Boogie” and barely-a-hit “Can You Feel It” are included; top 15 songs “Lovely One” and “State of Shock” are left out).  The rest are all Michael solo songs that were on the six aforementioned Epic albums (so if you were hoping for “Say Say Say” with Paul McCartney, or “Tell Me I’m Not Dreaming” with Jermaine, forget it).  Only two songs from HIStory and Invincible are included, but perhaps that’s just as well.  $11.99 for the download and $11.88 for the CDs from Amazon (if you’re a vinyl snob, it’s only $175 for that format).


·                     Number Ones has sold more copies, but it’s one disk with 18 songs, is heavily weighted toward the later years (two songs from Off the Wall and three from Thriller, but six from Bad?), has one new song (“One More Chance”), and only a live version of “Ben” representing the Motown years.  Since it’s only a dollar less for the download than Essential (although the CD itself is seven dollars), it’s simply not as good a deal.


·                     The Definitive Collection is a Motown-only cheapie (five dollars for the download, $8.39 for the disk) that includes 10 J5 songs and nine solos.  That’s actually stretching the catalogue a little in the latter case – “With a Child’s Heart” and “Just a Little Bit of You” weren’t really hits.  Still, it covers the basics, and it’s hard to argue with 19 songs for five bucks.


·                     20th Century Masters: The Millennium Collection: Best of Michael Jackson, on the other hand, is $9.49 for the download and $4.99 for the CD (what does Amazon use to establish a price structure on these things, dart-throwing monkeys?).  Just 10 songs, all solo from the Motown years, and includes the non-hits listed above to fill out the set.  Only for a car emergency.


·                     Hello World – The Motown Solo Collection is exactly what it sounds like – everything Michael recorded solo for Motown (well, there may be a few things missing, but I can’t imagine what), including a third disk comprised of flotsam-and-jetsam LPs released by Motown during the Off the Wall/Thriller years.  I actually have this (although I didn’t pay the 33 bucks Amazon is asking for it), and it’s pretty good, although that’s a lot of mediocre Michael to sift through.  Released just after his death, but it was available for preorder a few weeks before, so don’t consider it a cash-in.