There Once Was a Union Maid, She Never Was Afraid: Songs About Labor

Just a reminder that the 40 hour work week, 9-5 hours and vacations did not come about via the big-hearted benevolence of rich, powerful CEOs, but from the blood, sweat, and anguish of our grandparents and their parents.
Read more »
Posted by John E. Williams at 11:26 AM No comments: 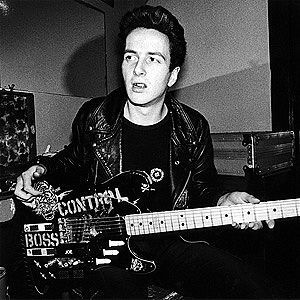 This blog's head cheese reports that today is the Tele's 62nd birthday, which dovetails well into Leo Fender's memories of its development aside from the year; there are 1950 Teles that are clearly Teles except for the headstock decal reads either "Broadcaster" or nothing at all, the semi-legendary "No Caster."

I've occasionally written about the Tele in the past, and I'm on deadline now, but I'd like to share some iconic Telecaster recordings, some that one might not know were recorded with a Tele, and some because I still find headless-guitarist YouTbue videos terribly hilarious.

FYI, I'm not including any twang-assed country chicken-pickers because reasons, nor is Bruce Springsteen included because 1.] man, fuck that guy and 2.] his famous Tele is actually a Fender Esquire that's been modified to look like a Tele, which is like buying a pair of wingtips to wear with a tuxedo T-shirt [see reason #1].

Read more »
Posted by Milo George at 7:13 PM No comments:

Sorry About That, Chief: 10 Songs of Apology and Regret