1972. I am seven years old, the second-to-youngest of five children. On a rainy Saturday morning, my parents tell me they will buy each of us children exactly one record of our choice. I agonize between an album by Gilbert O’Sullivan, because the song “Alone Again (Naturally)” makes me weepy and feel sorry for myself, and ABC by the Jackson Five. I opt for the latter. 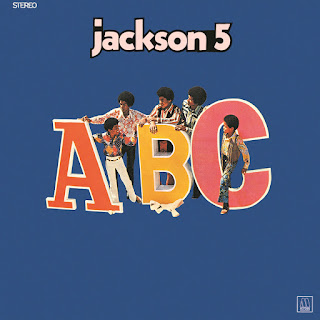 1974. I am nine years old. One of my older sisters comes home with Band on the Run and plays it incessantly. I like it a lot. Forty-three years later, I tell my sister Band on the Run still makes me think of her. She reveals that she secretly pretended to like the album and only bought it so some girls at school would be friends with her.

1975. I am eleven. I own no records of my own -- ABC having been tossed out at some point, probably after being scratched and crayoned to death. One day my other older sister buys Born to Run. I am transfixed by this scruffy guy’s music, and I want to hear “Backstreets” again and again. I eagerly await Saturday mornings because that’s usually when my sister puts the album on the big family stereo in the living room, to keep her company while she does her chores. 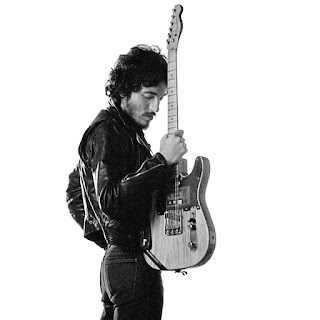 1976.  I am twelve years old. My brother, who is nineteen, fills the house with LPs by bands that alternately weird me out or bore me to death: ELP, Yes, Black Sabbath, King Crimson, Led Zeppelin, Pink Floyd. I have to listen to these bands every day because I share a room with my brother, and by the time he moves out four years later I am sick of all that art-rock crap. I still can’t stand any of it.

1978. I am thirteen. I enter a New Jersey mall to visit my favorite hangout, the comic book shop. On the way I pass a Sam Goody record store, which has stacked in its display windows hundreds of copies of Darkness on the Edge of Town. Something electric hits me and I realize this Springsteen guy is some kind of big deal. I don’t buy his new album though because my sister and brother already own it and I listen to their copies, mostly without permission.

1978. I am in the eighth grade. “Movin’ Easy Y97”, a soft-rock New York radio station I sometimes listen to, is undergoing a format change and during a two-week interim plays nothing but the Beatles, 24/7. Up to now, my exposure to their music has been limited to viewings of Yellow Submarine on TV. These two weeks are an education and a treasure trove.

1978. My music teacher tells me I am to have a singing part in the middle school musical, The Truth About Cinderella. I didn’t have any idea I could sing, but he tells me I’m good at it. It is the first time anyone ever tells me I am good at anything.

1978. My father tells me it’s time to learn an instrument. I pick trumpet because it looks easy, with only three buttons to push. A dear old man comes to the house every week to teach me. It doesn’t take him long to figure out that I don’t bother to practice and soon I am utterly bored with trumpet. I give it up, which hurts my father and makes him angry for a very, very long time.

1979. My oldest sister comes home from college with her new boyfriend, Bob, who looks exactly like Superman. To everyone’s delight, Bob brings with him an acoustic guitar. He enthralls my entire family, especially my father, who dotes and praises Bob like he’s his biggest fan, which at the moment he is. At one point Dad even brings out his accordion to duet with Bob. During the evening I find myself sitting beside my father on the couch. He is leaning forward, hands folded between his knees, gazing with wonder at The Incredible Bob, who is playing and singing like an angel from God. I ask my dad whether he thinks maybe one day I could play and sing like that. He says he doubts it. “You’d have to have some musical ability,” my father replies, his eyes never leaving The Amazing Bob.

1979. I’m fourteen. I’m now listening exclusively to rock station WNEW-FM, which in addition to playing lots of Springsteen is assaulting me with songs and artists that excite me in ways I don’t even understand: Elvis Costello, the Specials, Graham Parker, Split Enz, Squeeze, Blondie, Nick Lowe, and some band called The Clash. By this time I own a few albums, mostly by Springsteen and Billy Joel. The stuff I hear on the radio keeps calling to me, but I don’t yet have the guts to bring some of it home. I can tell it’s going to change me, and I’m not quite ready to be changed.

1979. One Friday night I am somehow home all alone. My brother now owns a beautiful acoustic guitar that he will never learn to play, and I take advantage of my secret solitude by unpacking his guitar, slinging it around my neck, and standing in front of the full-length mirror in the hall outside my bedroom. Downstairs in the living room I have already put on some hard-rock album, probably The Who. I stand there, watching myself windmill and mime and pretend I am performing in front of a live audience. Something grabs me then, and I decide on the spot that someday I will play guitar and sing in front of people, and I will be good at it.

1979. The weekend before Christmas. I am in the back seat of my parents’ car, which is crawling slowly through holiday shopping traffic jams. I ask out of nowhere if I can please take guitar lessons. My father is vehement, he says no, absolutely not. You tried trumpet and you never practiced. We’re not throwing away any more money on wasted lessons. My mother listens quietly to our exchange, then suggests to my dad that maybe learning guitar will be different than trumpet. My father grumbles and does not agree, but I sense he is softening.

1980. It’s a Monday in January. I am sitting in the cold, drafty waiting room of a family counseling center. At some point it finally became clear to my mother that I was in serious emotional trouble, and she was sufficiently alarmed to set me up with a therapist. I am relieved that someone has at last paid attention to me, but I resent being sent to therapy. I take comfort in looking forward to Thursday, the 18th of January, because it will be the day of my very first guitar lesson.

And I-yi had a feeling I could be someone, be someone