"There are two types of Catholic: devout, and fallen." - Det. Frank Pembleton (Andre Braugher), Homicide: Life on the Street


I still believe
Through the shame
And through the grief

As a duly fallen Catholic, I continue to carry both the blessings and burdens of the doctrine upon which I was raised. Thus, I have always been obsessively drawn to music that is restless and challenging and in its own way spiritual, and the performers I respond to on the deepest levels -- Bruce Springsteen, Chrissie Hynde, Joe Strummer, to name a few -- are at their best arguing about matters of love and faith and moral redemption, subjects to which any Catholic can respond. But moreso than all these artists, the voice that has reached the deepest parts of my spiritually questioning soul belongs to the late Michael Been, leader of the 1980s band The Call.

Michael Been co-founded The Call in the late 70s, and the band first achieved fame during the early days of MTV, when the single "The Walls Came Down" from their second album Modern Romans became a modest hit. It was a fairly oddball song, somehow finding its way onto the charts in an era of airy synthpop, and of course its moral urgency and gut-level rock caught my attention immediately.

I wasn't quite sure what to make of the song, with its single-minded melody and chorus ("ya ya ya ya ya ya ya"), but I liked it. The rest of the album treads much of the same ground as the single -- war, poverty, apocalyptic warnings, condemning greed and injustice -- in a way that's rooted in basic, agreeable (if not great) rock 'n' roll. Modern Romans and "The Walls" certainly weren't major events in my musical story, but they stuck with me enough that I made a point from then on of buying albums by the Call without hearing any tracks beforehand (an exception I made for very few bands). When Reconciled was released in 1985, I liked it and listened to it for weeks before it dawned on me that the record's most passionate love songs were directed not at a human partner, as I assumed at first, but in fact were serious hymns to a Christian God.

To me, this was both unexpected and deeply radical. Most Christian rock came to my ears as musically lame and unbearably preachy, because it was, and here was a guy singing a tough and tender rock song about The Resurrection in a way that delivered the guts of what it means to have faith, without any cloying or insipid sermonizing. On one chorus, Been cries out "Lord, I need you everywhere I go!" from the gut, as if he might die if he doesn't get his feelings out, in the best tradition of the greatest rock love songs. Biblical imagery is strewn throughout the album -- "I've been in a cave/for forty days" -- but it's presented subtly and poetically, and never as proselytism. Been is clearly uninterested in making converts.

By the way, I have no idea whether Michael Been was  Catholic. The most I could discover in my research is that he openly declared his work and his spirituality to be inseparable, which is pretty obvious. Whatever his formal faith, I was not at all surprised when he appeared as the apostle John in Martin Scorsese's film adaptation of The Last Temptation of Christ.

The closest Been came to having his musical voice widely heard was with the release of the Call's Let the Day Begin (1989), the title track of which became something of a hit ten years after its release while serving as Al Gore's campaign theme song. Day is probably the band's strongest album, musically as well as lyrically, and shows a maturity of craft that had been lacking on earlier records. (1987's unfocused Into the Woods is the weakest of the band's catalog, with the exception of the extraordinary "I Don't Wanna".) Let the Day Begin is a treasure trove of good, solid rock 'n' roll, and includes the beautiful and (in hindsight, unbearably sad) "Memory".

By the early 90s, the Call was finished, and Been turned his efforts to film and a solo album, as well as serving as a sideman on records by his close pals Jim Kerr (Simple Minds) and actor Harry Dean Stanton. Later, he worked as the sound engineer for the Black Rebel Motorcycle Club, a band fronted by his son Robert. While working the soundboard at a concert in Belgium in 2010, Been suffered a heart attack and died at the age of 60, leaving behind a small smattering of fame but a great number of grieving fans and friends. 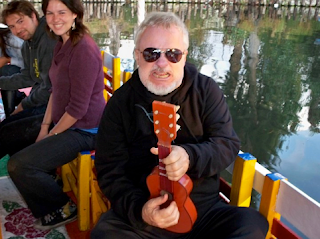 "I try to write about my own life experiences, and I'm a Christian myself, so I write from that point of view. Although it wouldn't be the type of Christianity commonly practiced these days. I believe it's a vain presumption to think that all people in the world should believe what I believe or that it would necessarily be right for them. I only know that it's right for me. I'm not interested in selling religion; Christianity or otherwise."