The Arts Enlighten Us

. . . and pop music is no exception. Case in point: The peppy Pompeii by Bastille or even . . . Spinal Tap's sonic tutorial, Stonehenge. These musical gems tell us something about ourselves. Now turn your attention to the "cradle of civilization" and the Bronze Age. Get a history lesson with the B-52s' Mesopotamia. 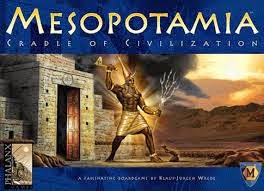 "Lo-fi," a.k.a. "low fidelity," pays homage to the fuzzy garage-band sound of the 1950s, and is alive and well in certain music circles these days. Groups like Pavement and Guided by Voices can thank Sebadoh, an indie rock band and step-child of Dinosaur Jr., for laying the groundwork for the recent offshoot. A classic example of Sebadoh's early delivery is the band's 1987 album, "Weed Forestin'," which takes the lo-fi concept one step further by making it sound as if the performer is still composing the song. Singer/guitarist Low Barlow recorded much of the album on a 4-track in his parent's basement. But despite the bare-essentials  quality, Forestin' has a beautiful, mesmerizing resonance. Contrary to what you might deduce, Barlow said of the title, "Weed Forestin' meant making the most out of what I had, foresting weeds instead of trees." Here's the hypnotic "Mr. Genius Eyes," which also appeared on the compilation "The Freed Weed."

Posted by Unknown at 4:12 PM No comments:

Drink a Toast to Never

Earlier in the blog, Curt bid farewell to the iconic Lou Reed. His fellow Velvet Underground member, Mo Tucker, was an equally epochal 60's figure. Often mistaken in the early days for a male because of her short locks, Maureen was known to substitute her drum set with metal garbage cans for live performances. Tucker would fade into family life, working for a Georgia Wal-Mart distribution center, before being summoned back for the 1992-3 VU Europe reunion tour. Back in its glory days, the band would occasionally give her a chance to test her pipes. Shifting gears from her usual garage sound, Mo adopts a 20’s timbre in the lo-fi “Close the Door” (as visually interpreted by Edie Sedgwick). 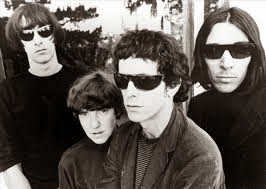 Posted by Unknown at 5:01 PM No comments:

My favorite rock/pop keyboard solo has to be the one featured in the final half of “Uncertain Smile” from The The’s 1983 “Soul Mining.” Uncertain Smile percolates with a modest mid-tempo sound until Squeeze’s Jools Holland takes the lead, holding it until the song fades out. With a jazzy flare, Holland moves smoothly and cleanly up and down the keys. Interestingly, Uncertain Smile was recorded the year before as a single and featured flutes and a saxophone solo. However, the band decided to replace the sax with a piano for the album recording. A staple on ‘80s alternative rock stations, here’s Uncertain Smile.
Posted by Unknown at 11:54 AM No comments:

No Words Can Describe Them

Bands, particularly during the vinyl days, needing to fill out album playlists, would often resort to brief instrumentals. Considered throw-aways by critics, many of these are beautiful gems that have stood the test of time, and some come from the most unlikely sources. Here are 5 of my favorites, in no particular order:
Posted by Unknown at 2:18 PM No comments:

No, this video wasn't directed by the "Eraserhead," but it easily could have been. The enigmatic Natasha Khan and several of her . . . inner demons . . . enjoy a bizarre nighttime bicycle ride in Bat for Lashes's "What's a Girl to Do." With its 50's sensibilities, Do feels like an outtake from "Blue Velvet" or "Lost Highway." Don't worry about what it all means. Just take a moment to summon your inner Goth as you give this little incubus a whirl.
Posted by Unknown at 10:27 AM No comments:

The Next Big Car Ad Soundtrack

During the last decade, a Volkswagen television commercial sent people scrambling to find old copies of British singer songwriter Nick Drake's "Pink Moon."  Drake contemporary, Manchester-born Roy Harper provides a similar appeal, offering textured, atmospheric guitar combined with a distinctive vocal range. Harper never received much in the way of U.S. attention, but managed to provide the voice for David Gilmour's "Have a Cigar" and was prominently acknowledged  on Zeppelin's third album. A regular from the 70s British college/countryside music festival circuit, Harper's themes often focus on social injustices or the series of girl friends he had, one of whom was underage (listen to the song, "Forbidden Fruit," for details). Appearing a bit hazy, no doubt from his extensive performance preparations, here is Roy Harper singing the beautiful "South Africa."
Posted by Unknown at 9:28 PM No comments: