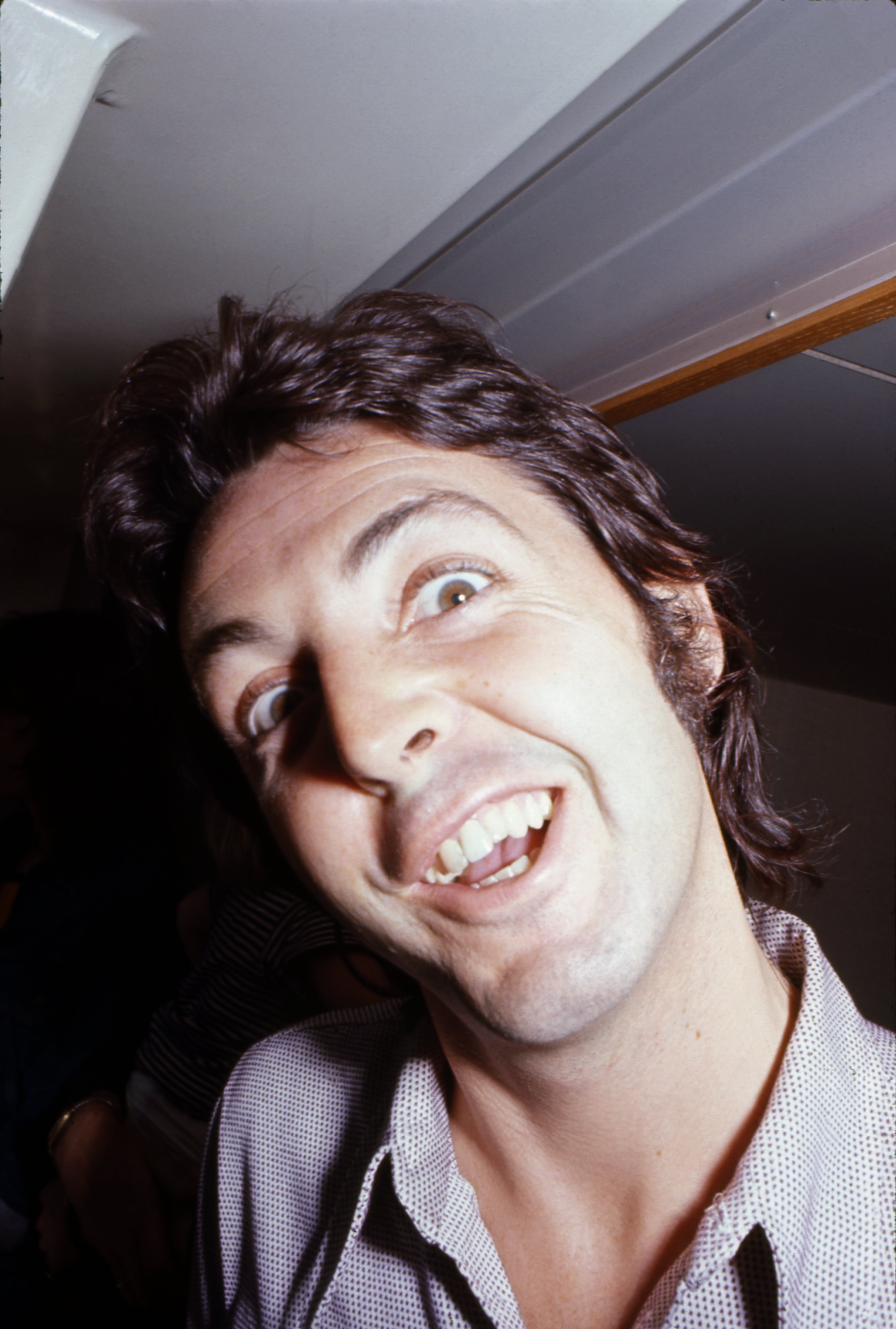 It took me awhile to get back to this, but I did remember.

John Lennon released eight studio albums over his solo career.  (I’m not counting Two Virgins, Life With the Lions, or The Wedding Album, which are more aural collages than anything else; I am counting Double Fantasy and Milk and Honey, which are John and Yoko Ono albums and contain an equal number of songs from each.)  My piece on Lennon’s greatest hits sets listed 16 anthologies/hits sets to choose from (most of which are now out of print, but they were around at one time or another).

Paul McCartney has released 24 studio albums over his solo career.  (These are pop/rock albums under his name; I’m not including his five classical albums, an early soundtrack, or albums released under pseudonyms like Percy “Thrills” Thrillington or The Fireman.)  And the number of anthologies/hits sets Paul’s dropped during that time?  Four.  (Well, more or less.)

Go figure.  But it sure makes writing this a lot easier.  It helps that all four are still available for download (the most recent just arrived a few months ago).

Now, the bad news.  I’m guessing McCartney himself is the one who’s compiling his hits sets (or at least he has to approve them), because there are some running threads through all four:

So if you’re living in the UK or Canada, it’s probably best to get that edition of All the Best!  There are two songs missing from that version on the American one:  “Uncle Albert/Admiral Halsey” (which was not released as a single in the UK, although it hit #1 in Canada), and “Junior’s Farm” (#16 in the UK, #10 in Canada, #3 in the US).  In exchange, you get “Mull of Kintyre” (which was a monster #1 hit in the UK, but relegated to the B-side of the nonentity “Girls’ School” here), “Pipes of Peace” (the only thing worth hearing from that album), and two songs that were top 10 in the UK but weren’t released here in the States:  “We All Stand Together” and “Once Upon a Long Ago.”
Over here, I’ll reluctantly guide you toward spending a lot of money.  (I did the same thing with Lennon, so I suppose it’s only fair.)

The deluxe edition, available on disk by Amazon for $31.66 and for download at $33.49 ($34.99 on iTunes), has 67 songs, and is as close to complete as we’re apparently going to get.  To make sure we’re good and confused, there’s also a 39-song, two-disk set ($18.99 for the download on Amazon and $19.99 on iTunes), which has a lot of the essentials, but not everything.  If you want a complete overview, make sure you get one labeled “Deluxe Edition” with 67 songs – this is especially important on Amazon, which has done a lazy job of differentiating the two.  I suppose you want to save money, you could get the cheap version and download a few extra songs to fill in the gaps.

Here’s what’s available beyond that (links are to the Wikipedia entries):

Wings’ Greatest (1978) – a farewell gift to Capitol Records before Paul temporarily split for Columbia, this 12-song set was perfectly okay, but three major hits (“Helen Wheels,” “Venus and Mars/Rock Show,” and the #1 “Listen to What the Man Said”) are missing.  So this could have be an all-encompassing double vinyl album – and it still could be an all-encompassing single-disk CD if anybody cared to update the track listing.  Apparently out of print on disk (well, Amazon wants $54.19 for a new copy – used copies are pretty easy to find), $11.49 for the download on Amazon, $11.99 on iTunes.

All the Best! (1987) – basically an updated version of Wings’ Greatest, with most of Paul’s biggest hits from the subsequent nine years (excluding “Take It Away” and the aforementioned “Spies Like Us”).  Same prices online as Wings’ Greatest means this is the best of the one-disk options.  $39.00 for the physical disk means Amazon doesn’t want you to buy that format.

Wingspan: Hits and History (2001) – well, if you felt like you needed more from the 1970-1984 era than All the Best!, here ya go.  But for a two-disk set containing more, it means more album cuts and songs Paul likes.  “Take It Away” makes the grade here, but none of the other non-album tracks did, and both of Paul’s early ‘80s duets, “Ebony and Ivory” and “Say Say Say” are here either, despite their being gigantic hits.  (It’s possible Paul was angry with Michael Jackson over losing the Beatles’ publishing catalog to him, but then why blame Stevie Wonder?).  Moreover, there’s nothing he recorded after 1984 – I admit he hasn’t had a lot of big hits in the States since then, but why not throw a few of the lesser charting songs in?  $18.99 for download on Amazon and $19.99 on iTunes.  I’d probably lean toward the two-disk Pure McCartney than this one, which is both better selected and has both of the duets.

In case you want to make a comparison between all these albums, here’s a list:

Posted by Curt Alliaume at 2:51 PM No comments: