If You're Only Going to Buy One Greatest Hits Set From... Fleetwood Mac

Well, the easiest thing to say is “Just buy a copy of Rumours,” but it really isn’t that simple.


Between 1975 and 1988, Fleetwood Mac placed 17 songs on the Billboard Top 40, 16 of which made Top 20.  (“Love in Store” was the only miss – in addition to three others than didn’t make the Top 40 at all.)  That’s from five studio albums (Tusk was a double, the rest were all single albums), which means three or four chart hits per album.  So, yeah, Rumours is going to be the one you know the best – songs like “Second Hand News” and “The Chain,” which are pretty familiar to anyone who’s my age weren’t even released as singles – but there weren’t any bombs in the bunch.
So, from that perspective, 1988’s Greatest Hits would seem to make the most sense.  It includes virtually all of the basic hits listed above (only “Love in Store” and 1987’s “Seven Wonders” aren’t included), and it throws in two songs exclusive to this compilation – Christine McVie’s “As Long as You Follow” and Stevie Nicks’ “No Questions Asked.”  From the label’s point of view, the hits sense made sense, too – Lindsey Buckingham had just bolted the band because he didn’t want to tour; the two new songs included Rick Vito and Billy Burnette in Buckingham’s place (they’d replaced him for the tour as well).  That said, it doesn’t feel like it’s complete.


In 1992, Mac jumped on the box set gravy train with 25 Years – The Chain, a four-CD set that included three disks almost exclusively from the Buckingham-Nicks era (a few songs were from 1990’s Behind the Mask, which also was Buckingham-free), and one disk primarily from the Peter Green-Danny Kirwan-Jeremy Spencer blues era.  (Bob Welch’s era gets very short shrift – a few songs from the early years disk and two songs inexplicably tucked in among the Buckingham-McVie years disks; he spent most of the 1990s in litigation with Mick Fleetwood, John McVie, and Christine McVie over royalties, so this could have been a factor.)  25 Years – The Chain is out of print in the U.S., but is available in the UK (and on Amazon) at an absurdly low $19.99 (Amazon’s got a two-disk excerpts set culled from the four-disk set which is twice as much), so it might be worth searching out.  (I don’t have it.)


So, that leaves one best option:

The Very Best of Fleetwood Mac


I should point out the ‘90s were very strange for the band – Nicks bailed out after 25 Years-The Chain along with Vito; for the 1995 release Time their places were taken by Bekka Bramlett (Delaney and Bonnie’s daughter) and Dave Mason (huh?).  Amazon still has Behind the Mask and Time in print and available for digital download, even though I don’t think the band plays any of the material from that era anymore.  In 1996, Nicks worked with Buckingham on a song for the Twister soundtrack, which helped bury the hatched between the two; that developed into a full-scale reunion and tour.


In 1997, the band released The Dance, which contained some actual new material – McVie’s “Temporary One,” Buckingham’s “Bleed to Love Her” (which would show up again in 2003’s Christine-free Say You Will) and “My Little Demon,” and Nicks’ “Sweet Girl” (which would pop up again in a demo version on her 1998 solo box set Enchanted) and “Silver Springs” (a B-side from the Rumours days, which was a subject of controversy when Fleetwood stuck it on 25 Years-The Chain after refusing to let Nicks put it on a solo greatest hits album).  By 2002, the original band members (excluding Christine McVie) were assembling Say You Will, and Warner Brothers decided to prime the pump again with The Very Best.


Smartly, they made sure almost every song on the two-CD Very Best was from the core fivesome. (There are four songs from the Vito-Burnette period tucked at the end of the second disk – two of them were only on Greatest Hits, one was from Behind the Mask, the fourth from the box set; Time is understandably completely left out.)  The original U.S. edition has some bonus material playable on PCs; that may now be gone.  The oddities are live versions of “Big Love” and “I’m So Afraid,” along with, weirdly “Go Insane” (which may have been performed by the band, but originated as a Lindsey Buckingham solo, and charted as such in 1984).  Songs such as “Monday Morning,” “Never Going Back Again,” and “Storms,” which were popular album cuts, get their due here.  (Obviously Say You Will, which included everyone but Christine McVie and was released in 2003, isn’t represented on The Very Best either.)


This clocks in on Amazon at $11.88, which is reasonable for a two-CD set.  And the thing still sells – it’s in the top 100 sellers overall on in their Music section as I write this.  Of course, they’re touring again now – this time with Christine McVie back in the fold.

You Cannot Win If You Do Not Play: Songs About Games

Posted by John E. Williams at 8:04 AM No comments: 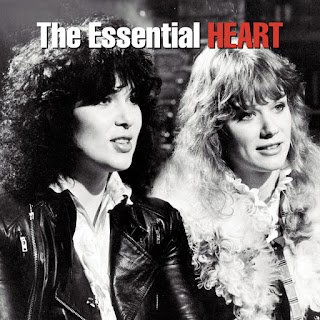 
-          Strange Euphoria is their box set; judging by the playlist, you’ll want The Essential Heart to supplement it – but it has a pile of demos, a DVD from a 1976, and the Amazon version has five Led Zeppelin remakes on a “Heart Zeppish” disk.  (Amazon, of course, has made sure that three of those five remakes cannot be downloaded from their web site unless you download the whole damn thing.)
Posted by Curt Alliaume at 2:07 PM No comments:

Just A Whitey From Blighty: Songs Of and About Great Britain

Songs about the UK, British people, British themes, all things Limey. I'm gonna not be piggy this round and post only a few songs to start us off. The rest will come in via Facebook (presumably). If I don't get many entries I will post a recording of my terrible fake British accent, so be forewarned.