The Best and Worst Christmas Albums Around, Volume 2 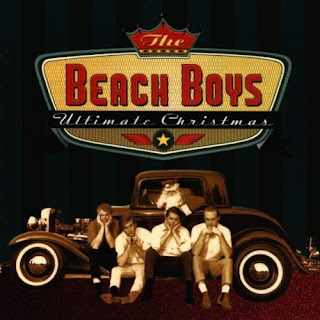 Be prepared for some ranting about the major labels.

Capitol Records (now under the thumb of Universal Music Group) has released a pile of versions of The Beach Boys Christmas Album.  That album, originally released in November 1964, was merely the sixth album the band had released in the previous 14 months.  Accordingly, it’s sort of half-great – Brian created a couple of classics in “Little Saint Nick” and “The Man With All the Toys,” both of which deservedly still get airplay on Christmas stations today.  The seven “classics” feature the typical harmonies drenched in orchestral arrangements by Dick Reynolds (who’d done the same for The Four Freshmen) – Brian loved that sound, but it was a little dated then, and even more so today.  Still, it’s a pretty decent album on the whole, and it’s in print today under two titles:  The Beach Boys Christmas Album and Christmas Harmonies (with three additional tracks).

Ultimate Christmas, however, adds more.  The good news is it has a couple of alternate versions of “Little Saint Nick” – a stereo mix with added instrumentation that was released in 1965, and a really cool version that picks up the lyrics from the song and drops them on a completely different melody – 1965’s “Drive-In,” from Summer Days (And Summer Nights!!).  It also adds a pretty decent song written by Brian Wilson circa 1973, “Child of Winter.”  Unfortunately, it also adds seven songs from what wound up being a failed attempt at a second Christmas album – when Warner Brothers told them to pony up a real album instead (Christmas albums were not on the record labels’ priority list in 1977), some of the songs were quickly rewritten for one of the band’s worst studio releases, M.I.U. Album.  (Maharishi International University – Mike Love was into TM at the time).  A few Christmas commercial spots fill up the album.

Capitol was pretty good about putting this stuff out for the fans in the 1990s, and Ultimate Christmas was a welcome release in 1998.  Now, of course, they would rather rake in the bucks, so this is out of print and unavailable for download – Amazon has one copy for thirty-five dollars (The Beach Boys Christmas Album is $7.99 for the download, and Christmas Harmonies, with those three additional songs  - all included in Ultimate Christmas – is inexplicably two dollars less.)  Couldn’t this album be available at full price?

Best:  “Little Saint Nick” (all three versions), “The Man With All the Toys,” “Merry Christmas, Baby,” “Christmas Day,” “I’ll Be Home for Christmas”, “Child of Winter (Christmas Song),” and “Morning Christmas” (the only song written by Dennis Wilson from the 1977 sessions).

Worst:  everything else from the 1977 sessions. 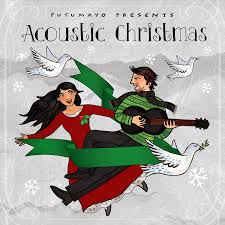 Putumayo has put out a few of these CDs, and I’ve managed to take two of them out from the library.  I don’t think everything is acoustic, contrary to the title’s claim (there’s definitely some electric guitar and keyboard in there), but the idea is there.  The feel is mostly jazz and blues, and it’s somewhat nontraditional, which is fine with me.

Best:  You can’t go wrong with Charles Brown’s “Please Come Home for Christmas,” and this acoustic remake of his own song is fine in its own right.  “The Christmas Waltz” by She & Him proves that Zooey Deschanel isn’t just getting record contracts because she’s attractive and an actress; she’s genuinely a good singer.  Mindy Smith’s “It Really Is (A Wonderful Life)” has cool lyrics that work either as the first Christmas with a new love, or the first Christmas with a new addition to the family.  And Johnny Moore’s Three Blazers’ “Merry Christmas Baby,” from 1948, is a great bluesy tune that deserves more exposure.

Worst:  Stacey Kent’s “The Christmas Song” is even more pensive and lugubrious than usual.  I’ve never gotten the appeal of Leon Redbone, and after hearing “That Old Christmas Moon,” I still don’t.  And I really have never liked “Santa Baby,” which started out as a  slightly over-obvious attack on commercialism and greed and has somehow turned into a piece about seducing the big guy (I blame Madonna); The Sugar Thieves’ version isn’t awful, but I don’t think I’ve heard a good version.
Posted by Curt Alliaume at 4:52 PM