If You're Only Going to Buy One Greatest Hits Set From... Tom Petty & The Heartbreakers 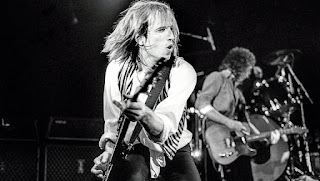 This one caught me by surprise, as I’m sure it did almost everyone. Tom Petty didn’t necessarily have the healthiest life – a few years ago he admitted to having a heroin habit in the 1990s – but most of us though he had years left, and probably also thought he was younger than 66. (And we look at our own mortality.)

Before we all sign up for gym memberships and throw out the packages of Nutter Butters in the kitchen, let’s take a look at Petty’s accomplishments during his life. He started the band Mudcrutch in his native Gainesville, FL (two of the other members of Mudcrutch, Benmont Tench, and Mike Campbell, would be members of Tom Petty & The Heartbreakers from start to finish). The band signed with Shelter Records and released a single, but broke up before they could finish a full album. Petty originally planned to be a solo act, but soon regrouped with Campbell and Tench, added Stan Lynch on drums and Ron Blair on bass, and Tom Petty and The Heartbreakers were born, with their first eponymous album appearing in 1976 on Shelter. Shelter would eventually be taken over by MCA, where the band would release most of their best-known material. Petty would also release three solo albums over his career, switching to Warner Brothers in the early 1990s (the band would soon follow, and even Mudcrutch got back together to release albums in 2008 and 2014). Petty also recorded two albums with The Traveling Wilburys (along with Bob Dylan, George Harrison, and Jeff Lynne, plus Roy Orbison on the first album)

All of the hits sets and anthologies have been released strictly by MCA and contain only material from the MCA era of 1976 to roughly 1995. This might be because they didn’t want to lease anything from Warner Brothers, but mostly because there wasn’t much to lease when the hits sets were released (only the solo Wildflowers and the band albums Music From She’s the One and Echo were available when the last of the anthologies came out in 2000). The choices are one disc, two discs, or six discs – all of which include material from Petty’s nominally solo album Full Moon Fever (although all of the Heartbreakers at the time save Stan Lynch are on it). So the question here is, how much money do you want to spend?

I’m going to go with the two-disc option. 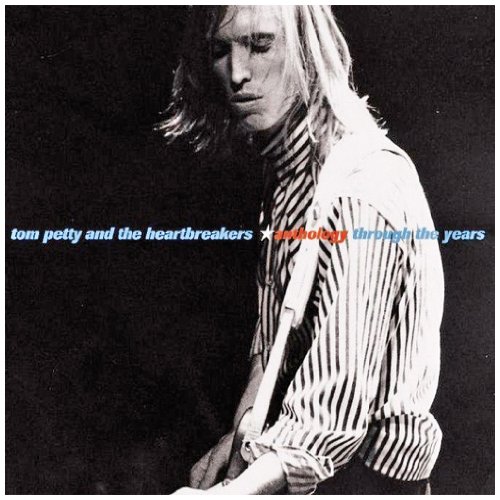 Anthology: Through the Years

All the hits are here (“Breakdown,” “Listen to Her Heart,” “Don’t Do Me Like That,” “The Waiting,” “Don’t Come Around Here No More,” “Free Fallin’,” etc.); they’re on Greatest Hits as well. But this has a few minor hits and album rock cuts that aren’t on Greatest Hits – “A Woman in Love (It’s Not Me),” “Change of Heart,” “Rebels,” “Jammin’ Me,” “Love Is a Long Road,” and “Yer So Bad” among them. Also, “Stop Draggin’ My Heart Around,” with Stevie Nicks, which was both her biggest solo hit and their highest-charting single, is here too. (I realize that was a point of contention for Petty – he was ticked off at Nicks’ label for releasing it as a single, since it effectively sank the band’s single releases off Hard Promises – but I think he was over it by the time this package emerged. The version on the box set is a band version without Nicks’ vocals.)

An important point – this is $11.40 on disc through Amazon, but isn’t available for download there. It’s on iTunes, but it’s a little pricier there at $17.99. So if you feel like you have to have a Petty set now, you might want to download Greatest Hits and see what you think. I won’t be hurt. If you can wait a couple of days, order the physical album through Amazon.

Here are the other choices. Links go to the Wikipedia pages

Greatest Hits (1993) – This has sold around 12 million copies, so it’s entirely possible most of you have this (I do), even if you think you may not (start looking through those old CDs, kids). All the basic hits are here except the ones mentioned above – and, by the way, there’s no reason MCA couldn’t have shoved a few of those songs on the album, which clocks in at just over 65 minutes. Anyway, it’s $7.99 for the download on both Amazon and iTunes and $7.99 for the disc on Amazon; if you’re an audiophile and want the vinyl album, it’s $30.95 on Amazon. (Important note: it looks like MCA/UMG rereleased this at some point with a different cover, but the contents do not seem to have changed.)

Playback (1995) – MCA’s final everything-must-go Petty album, this is a mammoth six-disc box set (remember, he only released eight studio albums, a solo album, and a greatest hits set with two new tracks for the label), with three discs containing all of the hits and FM rock hits you’d ever want to hear, and the other three discs containing alternate takes, unreleased material, live versions, a few Mudcrutch songs, and so forth. They probably could have gotten by with four or five discs (the last three discs are pretty short), but it’s not a bad buy; I have it and I don’t regret it. But – it’s not available for download (and the liner notes aren’t that illuminating), so your one and only option for a new one is getting it from Amazon for $39.14 (and there are probably others sending the company their sixteen digits as I write this). I got it very cheaply (RIP, BMG Music Service), so you might want to get a couple of the studio albums instead (a lot of the MCA studio albums are very cheap on Amazon, and Damn the Torpedoes, Hard Promises, Pack Up the Plantation… Live!, and Into the Great Wide Open are all $5.99 for the download on iTunes, which is very cheap for them).

If you want to get the later Petty material in anthology format – well, tough luck. Warner Brothers hasn’t released any hits sets of the Petty material under their control (I assume they’ll do so now, or maybe they’ll work with UMG on a set that stretches through his whole career), and the studio albums aren’t all that cheap (iTunes has them at $9.99 apiece for the most part), nor are the songs as recognizable as his MCA hits (maybe “You Don’t Know How It Feels,” “Walls,” and “The Last DJ,” but that’s about it). Warner Brothers released a four-disc live set, The Live Anthology, in 2000, encompassing all of his career through that point, but it’s mostly older songs (none of the three songs mentioned above are included). $15.96 for the physical box set and $20.99 for the download on Amazon ($24.99 on iTunes) is an exceptional price, but be aware it’s not going to fill in the gaps if you want an all-encompassing package.

Here are the Petty chart hits and which greatest hits sets have them.