Thinking the Thinkable About John Lennon 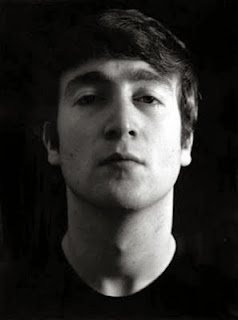 The Beatles were most of all a moment. But their generation was not the only generation in history, and to keep turning the gutted lantern of those dreams this way and that in hopes the flame will somehow flicker up again in the eighties is as futile a pursuit as trying to turn Lennon's lyrics into poetry. It is for that moment--not for John Lennon the man---that you are mourning, if you are mourning. Ultimately you are mourning for yourself. - Lester Bangs, "Thinking the Unthinkable About John Lennon" (1980)

John Lennon would have been 73 years old on October 9.

The problem with trying to say something new about Lennon is that there just ain't much to say. You can check off  the list -- genius, Beatle, artist, loving father, loving husband, man of peace, lover of humanity, Walrus -- but it's no longer possible to view him objectively. As it turns out, he was apparently also kind of a dick.

I was 15 when John was murdered. I had spent the entire year learning his songs and listening to his albums and reading books about him, and from out of nowhere came word that a new album and tour were on the way. I figured that meant life was fair after all. 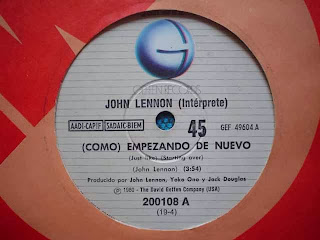 Months after the murder, I wandered around in a teen-angst daze. This classmate I had once had a crush on blocked my way in the halls one day. "Do you think you're John Lennon?" she demanded to know. All these years later, I wish I had thought to reply "no, no, I'm Jack LEMMON."

The loss of John Lennon as an artist is demonstrated most blatantly by the ragged, uneven, and uninspired output of his solo years. Double Fantasy has some fine singles but could only point to hopes of a future that would never come to be. It's hard to recommend much past Imagine and Plastic Ono Band, but then again I will love the hell out of Walls and Bridges till my dying day. So bite me, Milo!

The Beatles did lead but they led with a wink. They may have been more popular than Jesus, but I don't think they wanted to be the world's religion. That would have cheapened and rendered tawdry what was special and wonderful about them. John Lennon didn't want that, or he wouldn't have retired for the last half of the seventies. What happened Monday night was only the most extreme extension of all the forces that led him to do so in the first place.

In some of this last interviews before he died, he said, "What I realized during the five years away was that when I said the dream is over, I had made the physical break from the Beatles, but mentally there is still this big thing on my back about what people expected of me." And: "We were the hip ones of the sixties. But the world is not like the sixties. The whole world has changed." And: "Produce your own dream. It's quite possible to do anything...the unknown is what it is. And to be frightened of it is what sends everybody scurrying around chasing dreams, illusions."