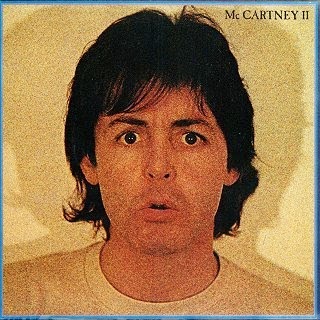 Possibly the meanest act a songwriter can commit is to write a song directed at someone they are pissed off at royally -- the more talented the writer, the more savage the delivery. While it's completely unfair to the subject, especially if they are not equipped or talented enough to respond in kind, some of the greatest, most biting songs have been committed to record, and herewith are some of them, as well as some equally brilliant ripostes.

This is the great granddaddy of all rock 'n' roll nastygrams. When Bob Dylan is directing his talent for words in your direction, you better head for the hills. There has been speculation for decades as to who Dylan had in mind with this song, and the theories rage ever on.

Yeah, don't cross Bob Dylan, but on the other hand don't be Bob Dylan and cross someone as sharp as Joan Baez. This epic throwdown is a blistering account of Dylan and Baez's relationship, and contains some of the greatest body blows ever put to vinyl. "You who are so good with words," Joan sings acidly, mocking Mr. Zimmerman's inability to be straightforward (and maybe even honest).

When NWA found themselves in the midst of a terrible record deal, Ice Cube jumped ship and launched a hugely successful solo career. The rest of the group took not kindly to Cube's exit and let him know in no uncertain terms (referring to him again and again as "Benedict Arnold"), and when Ice Cube got tired of it he released this single, which delivers a blistering counterattack on his former bandmates. "You got jealous when I got my own company," Ice Cube bellows, "but I'm a man, and ain't nobody humping me."


Paul McCartney, "Too Many People"

McCartney's penchant for vague, dopey lyrics is often unmatched by any other songwriter, so naturally John Lennon took this song as an open and direct attack on himself and Yoko. "You took your lucky break, dit-dit-dit-dit," Lennon sang nastily in an interview at the time. "Well, whose lucky break?"  Needless to say, that was hardly John's last word on the subject.

John Lennon, "How Do You Sleep?"

Lennon promptly penned this hilariously cruel musical response to Paul, ripping him over his Beatle glory days versus his spotty solo success ("the only thing you done was Yesterday/but since you've gone you're just Another Day") and what John considered Paul's deeply insipid talent ("those freaks was right when they said you was dead") . What makes this riposte even funnier is George Harrison's gleeful participation, as glimpsed in this clip from the Imagine documentary (1988).


Carly Simon, "You're So Vain"

Is the song's subject Warren Beatty, as legend would have it? They also say it could be Mick Jagger, which might be why he sings background vocals. Probably the highest-charting nastygram on this list.

Many's the time I wanted to send this song off to someone I found especially reprehensible, but not one of them deserved a dressing-down this nasty. "You're a pig of a person, if there's a justice in this world, hey about that?"  How about that indeed.

Cranberries, "Such A Shame"

Oh yeah,  do not piss off Dolores O'Riordan. Something about her clear, high-pitched delivery makes this one hurt even if you're not the song's subject (and makes you feel sorry for the actual subject). I for one am glad certain exes of mine never got their hands on this.

Shortly before the invasion of Iraq in March 2003, Natalie Maines of the Dixie Chicks made this statement during the band's appearance on a London stage: "We don't want this war, this violence, and we're ashamed that the President of the United States is from Texas". The resulting uproar over Maines's words resulted in radio station bannings, CD burnings, canceled concerts, declining record sales, and a near-disastrous derailment of the Chicks' careers. In an age where Ted Nugent can routinely make violent comments against the current President of the United States and not only enjoy greater success but also be invited to the State of the Union speech by the president's political foes, what Maines said back in 2003 seems absurd and even trite by comparison. Oh, how times change.