If You're Only Going to Buy One Greatest Hits Set From... Van Morrison


My friend Tom suggested I take on Van Morrison this week.  He’s a huge fan – if he doesn’t have all of Morrison’s albums, he’s not far off.  I’m very much the same way with Neil Young, whose attitude toward the music industry is fairly similar (“If you like it, great, if you don’t, your loss – I’m not making any changes”).  Anyway, Tom told me today “it could be short, I don't think he has many... Best of, Best of Volume II, [At] the Movies... it might not even be worth it.  But you could knock it out quickly, noting the scarcity of choices!”


I wish.  I found stuff he didn’t even know existed, and the disks he listed are now out of print.  To start with, there’s only one best-of available on iTunes, and none available for download on Amazon.  I’m not 100 percent certain of this, but here’s my guess as to what’s going on: 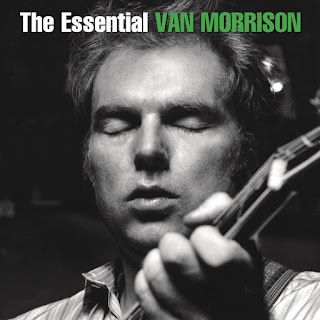 
Generally speaking, I like what Sony has been doing with reissues – Warner Brothers has also been pretty good for the most part, while Universal’s reissue program is, to put it kindly, scummy.  This Sony release is pretty good – 37 songs crammed onto two disks, neatly divided into the hit years (60s and 70s) and the more introspective years (80s and onward).  It also includes what’s worth including from his first band, Them (“Gloria” and “Here Comes the Night”), as well as a few of the Bang songs, which are owned (or were owned) by Sony anyway.  I wouldn’t have chosen the songs selected here from Astral Weeks (the title track and “The Way Young Lovers Do”), but that’s personal preference – many of Morrison’s anthologies ignore this crucial album altogether because it contained no AM radio hits.


Right now, this is available for $14.99 for the download off iTunes (but not from Amazon yet!), or you can order the two-CD set from Amazon (which will not be available until this Friday, October 30 – I told you it was new!).  I saw it at Best Buy last week, if you have to have this right now; I think the price was around $13.99.


Here’s what was available, and may still be new in record stores if you look carefully (and if you can find a record store, I guess).  Links are to the Wikipedia listings:


I'm hoping sometime in 2016, Sony and Morrison will release a one-disk set encompassing his entire career, for those who think two disks are too much.  Also, if anybody could fill a box set, this is the guy.  After all, Neil Young released a 10-disk box set in 2009, and it only covered the first decade of his career.  (I may have to start taking money from my son's college education fund if Young brings out any more of them.)

For the infatuated, The Story of Them (1997), featuring 50 songs from Morrison’s mid-1960s band, is out of print but should be reasonably easy to find (warning:  I have this myself, and 50 songs for this band is way too much for most people).  Be careful about downloading their studio albums; many of them were recorded after Morrison left the band.
Posted by Curt Alliaume at 6:07 PM