If You're Only Going to Buy One Greatests Hits Set From... Merle Haggard 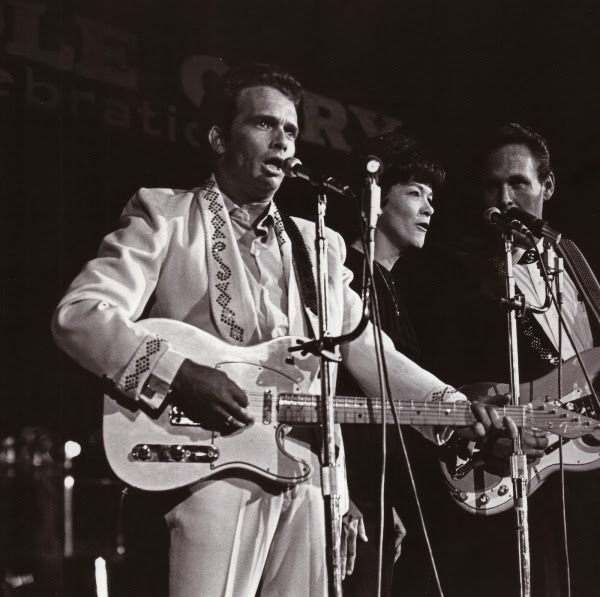 Okay, we’re going wayyy into uncharted territory here.  I don’t listen to country music very much, and I have exactly one (1) Merle Haggard album (which will be delved into at greater length below).  But Haggard – who died Wednesday, April 6, on his 79th birthday – is worth listening to, at least for one hits set.  He was a very complicated guy, for one thing – grew up in a broken family (his father died when he was eight), ran away at age 14, and spent three years in prison from ages 20 to 23 after being convicted on a robbery charge (and trying to escape from prison).  A Johnny Cash performance at San Quentin (along with an encounter with death row inmate Caryl Chessman) turned his life around, and he started touring not long after his release.

And the man worked from there on out.  47 studio albums (he was with Capitol Records for the first part of his career, and went to MCA, Epic, a few other labels and some independent labels there on out), eight live albums, and goodness knows how many compilations.  He only charted on the Billboard pop charts seven times (and the first two were with unapologetically right-wing songs at a time when the country was completely split apart over the issues he took on).  His only top 40 hit was about a family dealing with such tough times they couldn’t afford Christmas gifts.  And as for his career on the country charts – 67 top 10 hits from 1964 through 1989, including 36 country #1s.  Most amazingly, 61 of those 67 top 10 hits were consecutive – every single he released between 1966 and 1985 hit the country top 10.

As you might guess, trying to find a representative Haggard greatest hits set is going to be pretty much impossible unless you want to drop a lot of money.  Capitol’s catalog is now owned by Universal Music Group (which has owned MCA’s catalog for years), so it might get a little easier as time goes along.  In the interim, I’ll make the best recommendations I can based on the assumption that anyone who’s buying is going to be looking for the greatest quantity at the lowest price. 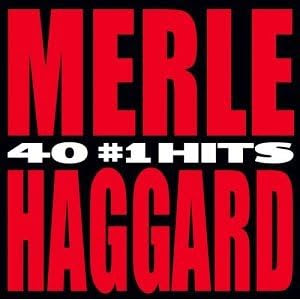 As you can imagine, trying to find one all-encompassing Hag album (given he was with three different record labels) is a challenge.  This album, along with the box set Down Every Road, does the best job.  40 hits (as the title says), all of which at least were big hits (no stuffing the album with newly-recorded items here).   Now, the bad news:  it’s not available for download – no doubt because UMG has other plans; they inherited this one from Capitol – and Amazon is out of stock right now (it's $16.87 for the two-disc set, and they claim they'll have it by next week).  I would hope UMG plans to continue manufacturing the album, but who knows?  You might want to look for a used copy.  And if someone knows for sure this is out of print, please let me know.

Warning:  There is another collection of Haggard’s called 40 Greatest Hits, released in 2004.  These are rerecordings made sometime in the 1990s, and they’re not to be trusted, even though it’s a low price.  iTunes kindly puts the rerecordings label right with the title so there’s no fooling anyone; Amazon does not.  Look for the Capitol records logo.

As you might expect, Haggard has had a billion greatest hits sets, so here’s a sampling.  The links go to the Wikipedia entries.

Here’s a lengthy breakdown of Haggard’s country chart hits, and which ones are on Down Every Road and 40 #1s.

Posted by Curt Alliaume at 1:31 PM