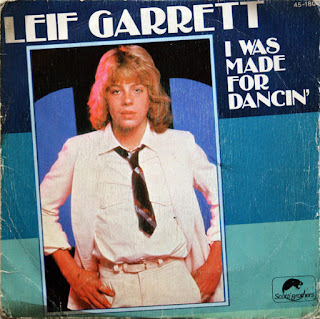 Olivia Newton-John, “A Little More Love,” #3, 2/17/79
The success of Grease gave new life to Olivia Newton-John’s American career. After running off a string of five straight top 10 Hot 100 hits between 1973 and 1975, only one song from her subsequent four albums made it above #20 (“Something Better to Do,” which hit #13 in 1975). But all three of her Grease singles hit the top 10, and broke her out of the country and easy listening crossover field – she could now do tougher (well, sorta) pop and rock. “A Little More Love” was the first example of this, from her album Totally Hot. It’s a midtempo song, but with guitar riffs and a catchy chorus that showed a stronger voice than she’d exhibited prior to this. The album would go platinum, with the single going gold.

Nicolette Larson, “Lotta Love,” #8, 2/17/79
Larson had been around the music industry for a few years, singing backup for such artists as Emmylou Harris, Hoyt Axton, and Jesse Colin Young. It was her work with Neil Young, however, that got her a solo deal with Warner Brothers, and she recorded Young’s song “Lotta Love,” from his 1978 album Comes a Time. Larson portrayed the song as optimistic about love (although Young’s version hardly seems upbeat), and she was rewarded with a #1 easy listening and top 10 pop hit – her only one of either.

Barry Manilow, “Somewhere in the Night, #9, 2/17/79
You would think radio stations would have been sick of this song by 1979; written by Richard Kerr and Will Jennings, the Manilow version marked the fourth single release of the tune since 1975. (Helen Reddy took it to #19 on the pop chart, Batdorf & Rodney went to #69, and Yvonne Elliman’s version didn’t chart.) But Manilow’s version had all the Barry Manilow touches, including the usual orchestra flourishes (and the inevitable key change at the end), so once more to the well turned out to be the biggest hit version. This was originally released on Manilow’s February 1978 studio LP Even Now, but by the time this single was released, it was used to promote Barry Manilow’s Greatest Hits, released ninth months later.

Leif Garrett, “I Was Made for Dancin’,” #10, 2/17/79
Garrett did the typical teen idol first album for Atlantic in 1977 – eight of the 10 songs were remakes of oldies from the 1950s to mid-1960s (one, “That’s All,” was a standard originally made by Nat King Cole), with the other two written by producer Michael Lloyd. A label switch followed (from Atlantic to Scotti Brothers, which was distributed by Atlantic at that point anyway), and his second album, Feel the Need, reflected the disco boom. Lloyd wrote this song, which would become Garrett’s biggest hit, making the top 15 in five different countries. And there were only three oldie remakes on this album.

Cheryl Lynn, “Got to Be Real,” #12, 2/17/79
Cheryl Lynn was another R&B singer who benefitted from exposure through the musical The Wiz – in her case, she started as a backing vocalist for the touring company, but moved up to play Evilene, the Wicked Witch of the West. The same year that happened, however, she caught another break by appearing on an early episode of The Gong Show, singing “You Are So Beautiful.” Although roughly three quarters of the acts that appeared on the show were jokes or deliberately bad (and were warned prior to appearing they stood a good chance of getting gonged), Lynn was not – Chuck Barris later told People magazine, “Of the 4,000 acts I’ve seen, [she’s] the all-time great.” She got a label deal not long after that, and cowrote this song with David Foster and Toto’s David Paich, who also produced it with his father, Marty. (David played keyboards, and Raydio’s Ray Parker Jr. was on guitar.) The result was a gold single, and a disco/R&B classic that still gets lots of airplay. This is a long video from Soul Train featuring an interview with Don Cornelius, with a bit about her Gong Show experience.

Ian Matthews, “Shake It,” #13, 2/17/79
This one, on the other hand, probably gets very little airplay today, and for good reason – the protagonist is a female high school student who appears to be well versed in the art of, uh, teasing. I have no idea why Matthews, who had previously been with the English folk-rock band Fairport Convention and generally wrote his own material, decided to record this (blame can be shared by the writer, Terence Boylan).  Subsequent interviews with Matthews range from him sidestepping the subject to saying it was submitted by his record company and they were looking for hits, but given he was in his early 30s at the time, the subject matter seems downright creepy. And the fact that Styx’s “Sing for the Day,” which celebrated teenaged women as much as this song denigrated them, peaked 28 positions lower than “Shake It” in the same month, is simply appalling.

The Blues Brothers, “Soul Man,” #14, 2/17/79
The obvious choice for the first single from the group’s debut, Briefcase Full of Blues, this is a remake of the old Sam & Dave #2 hit from 1967, written by Isaac Hayes and David Porter. With a top-notch group of musicians (guitarist Steve Cropper and bassist Donald “Duck” Dunn were on the Sam & Dave version, which is why John Belushi says “Play it, Steve!” as Sam Moore had in the original), this was a great opportunity for ‘70s kids like me to get introduced to R&B, and Belushi is an okay singer (certainly better than Leif Garrett). This would be the band’s biggest hit, and would propel Briefcase Full of Blues to #1 on the album charts and double platinum status.

Dolly Parton, “Baby I’m Burning,” #25, 2/17/79
Parton’s one disco hit; this would make the top 20 on the disco charts and became part of a two-sided #1 country hit (along with “I Really Got the Feeling,” which probably got most of the airplay at country stations). It’s got several disco electronic flourishes, but she wisely made this her one and only foray into the genre. Dolly (sorry, I have a hard time referring to her as “Parton”) wrote the song herself – she writes almost all of her own material – so she obviously knew what she was doing here. Dolly repurposed the song as the main theme for her 1987-1988 variety show on ABC; this video is taken from a show intro.

Dobie Gray, “You Can Do It,” #37, 2/17/79
Hey kids, it’s the third-biggest hit of Dobie Gray’s career! (Granted, it certainly wasn’t as big a deal as either “The In Crowd” or “Drift Away,” but still…) Recorded for Capricorn Records (which would go out of business by the end of the year), Gray had started drifting (no pun intended) toward country music, but “You Can Do It” is sort of disco light. The song would also become a top 40 R&B hit and became his first hit in Canada for six years. It would be his last Hot 100 hit, however (although he made the country chart four times in the 1980s). Gray died of cancer in 2011, age 71.

Pablo Cruise, “I Go to Rio,” #46, 2/17/79
Third and final chart hit from the band’s Worlds Away album, this was a rarity in that it was cowritten by Peter Allen and Adrienne Anderson, rather than band members. Allen’s career has been well documented elsewhere (it was eventually made into The Boy From Oz, a Broadway show with Hugh Jackman playing Allen); this was taken from his 1976 album Taught by Experts, which included backing vocals from Lesley Gore, Dusty Springfield, and Brenda Russell. Pablo Cruise’s version remains a fan favorite, however, and they still perform it regularly in concert.

Gene Chandler, “Get Down,” #53, 2/17/79
Yeah, this is the same guy who did “The Duke of Earl” way back in 1962. He’s actually had 27 songs hit the Billboard Hot 100, both solo and with The Dukays, but only three beside “The Duke of Earl” made the pop top 20 (the most famous of which was 1970’s “Groovy Situation”). By the late 1970s, Chandler had boarded the disco train, and this release became a top 30 disco hit, as well as making #3 on the R&B chart. Released by Chi-Sound Records, where Chandler was an executive vice president; the label was distributed by 20th Century Records (where Chandler would move for subsequent releases).

Sad Café, “Run Home Girl,” #71, 2/17/79
For years, I confused this song with Lindisfarne’s “Run for Home,” which had hit #33 two months before. Similar titles, similar sounds (although if you listen carefully, “Run for Home” is about the band consoling themselves after a long tour), both bands came from Great Britain (Lindisfarne is from Newcastle upon Tyne, Sad Café is from Manchester). And both bands are still around today (although both with only one original member remaining). This comes from the album Misplaced Ideals, which was quite different in the UK – it was their second album there, and featured cover art of a guy seeming pulling his Silly Putty-affected face apart. The US version included songs from that album and their debut, Fanx Ta-Ra, and wisely ditched the Brit cover for a painting of a woman holding a cocktail. Not to be confused with the Eagles’ 1979 album track, “The Sad Café.”


Frankie Valli, “Fancy Dancer,” #77, 2/17/79
You would think having had a #1 hit less than six months before, Valli’s new release would gather more steam – but that obviously wasn’t the case. My only thought is Warner Brothers/Curb Records (named after Mike Curb, the label was distributed through Warner Brothers at that point, switching to MCA a couple of years later) didn’t have a battle plan (or any more Bee Gees-related material in the can; the big hit “Grease” was written by Barry Gibb). Despite having released Frankie Valli… Is the Word six months before (which included “Grease”), the album didn’t even break the top 150, and this single was a standalone, further confusing the issue. It may not have helped that The Commodores had a minor hit with “Fancy Dancer” (same title, different song) two years before; this one (now out of print and unavailable for download) was cowritten by Bob Crewe, who had a hand in almost all of The Four Seasons’ and Valli’s big hits.

And speaking of Frankie Valli and The Commodores – look what I found. Anybody who was my age in the late 1970s will faint when they hear this.