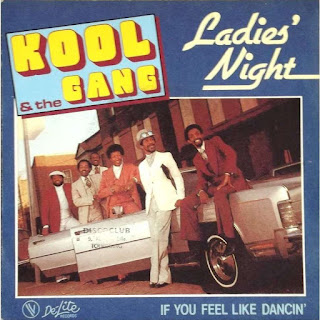 
I never did finish Superhits 1979 (I’ll get back to it, promise), and I’m six weeks late in starting Superhits 1980, but I’ll give it a go (this will go better for the first two entries because I’m recycling posts from four years ago, with a few edits). And since there were only two songs to list the first week of 1980, I’m combining the first two weeks.


“Please Don’t Go,” KC & The Sunshine Band, #1, 1/5/80
The first #1 hit of the 1980s, this replaced Rupert Holmes’ monster “Escape (The Pina Colada Song)” for a week, only to be replaced by the same song the following week. Notable primarily for being the band’s first ballad after a string of disco tunes: they’d had five songs hit #1 or #2 between 1975 and 1977, but for two years after that couldn’t hit the side of a barn. The best they could do was “Boogie Shoes” and a remake of The Four Tops’ “It’s the Same Old Song,” both of which made #35. (It probably didn’t help that they gave away the pulsating “Dance Across the Floor” to Jimmy “Bo” Horne, who managed to hit #38 – who knows how well these guys might have done with it?) So they tried a new approach, and it worked – although syrupy ballads weren’t atypical of the post-disco era (even The Village People tried it). While KC (real name Harry Casey) charted himself in a duet with Teri DeSario twice in 1980, this would be the last band chart hit (although 1984’s “Give It Up,” while listed under just KC, is actually a full KC & The Sunshine Band production). Cowriter Richard Finch spent over six years in prison after pleading no contest to having sex with a 17-year-old male.

“Move Your Boogie Body,” The Bar-Kays, #57, 1/5/80
Seventh of nine hits for this band stretching between 1967 (“Soul Finger”) and 1984 (“Freakshow on the Dance Floor”). Some people will know them for either of their two biggest hits, “Soul Finger” or 1977’s “Shake Your Rump to the Funk” (were these guys fixated on the female anatomy or what?), while others will hear the name and say, “Oh, that’s the band that was in the airplane with Otis Redding.” And they were; four of the six original members of the band died along with Redding and his manager on December 10, 1967, when their plane crashed into Lake Monona, Wisconsin. Trumpeter Ben Cauley survived the crash, while bassist James Alexander was on a different plane; the two of them rebuilt the group and carried on.

“Ladies’ Night,” Kool & The Gang, #8, 1/12/80This marks the second part of Kool & The Gang’s career. Part one ran for ten albums from 1969 to 1978, in which time they rang up 13 Top 40 hits, including two top tens in “Jungle Boogie” and “Hollywood Swinging.” But they hadn’t had a Hot 100 hit in three years, and their 1978 album Everybody’s Dancin’ didn’t crack the top 200 on the album charts. Give the band credit for trying something new: they brought in a new producer, Eumir Deodato, and a new lead singer, James “J.T.” Taylor (the “J.T.” added to avoid being mistaken for that other guy with the same name). “Ladies’ Night” was the first single from the album of the same name, and it sizzles; when 50 percent of the people in the club want to dance to it, it’s going to be a hit.

“Chiquitita,” Abba, #29, 1/12/80
Fourth chart hit for Abba off their 1979 Voulez-Vous, although this was only the second one to make the American Top 40. This made #1 in 13 other countries, however, possibly for reasons not necessarily attributable to the song’s quality: Abba donated half of the song’s royalties to the United Nations Children's Fund (UNICEF – remember those orange boxes you carried with you at Halloween years ago?). The song actually debuted at a concert in January 1979, which was broadcast all over the world. Abba is still donating half of their royalties to UNICEF, in case you’re feeling charitable at the same time you’re downloading music. This is the version shown at the UNICEF concert; the late Gilda Radner introduces them.

“Savannah Nights,” Tom Johnston, #34, 1/12/80This chugging danceable rocker was the one and only solo hit for the once and future lead singer of The Doobie Brothers – it’s the same guy who sang “Listen to the Music” and “China Grove,” among others. Johnston had been on the sidelines for a couple years after having multiple health issues (mostly stemming from stomach ulcers), and by the time he was ready to assume a more full-time role, the band’s sound had changed to that of his replacement, Michael McDonald. Johnston left on good terms (even during the years when the band was officially inactive, various members would reunite for charity events, and they have an open-door policy toward former Doobs making guest appearances), and his first solo album was helped by riding the wave created by their hit album Minute by Minute. Subsequent albums didn’t perform as well, however, but don’t fret – Johnston and Patrick Simmons revived The Doobie Brothers as an ongoing entity in 1989 along with latter-day Doobie John McFee, and are currently touring with Michael McDonald back in the fold as well. Further, Johnston placed a song he wrote, “Where Are You Tonight?” on the 1987 Dirty Dancing soundtrack, which at last report was one of the top 30 selling albums of all time worldwide, so he’s still making a few bucks in his old age.

“Rapper’s Delight,” Sugarhill Gang, #36, 1/12/80The first rap song to hit any chart, and the first to gain traction in popular culture. The origin of the song came when Blondie, Chic, and The Clash did a concert together at New York’s Palladium (that must have been a blast), and rapper Fab 5 Freddy and the Sugarhill Gang members ("Big Bank Hank" Jackson, Mike Wright, and "Master Gee" O'Brien) jumped on the stage and started freestyling during Chic’s “Good Times.” Sugarhill Gang cut the song within weeks (Chic’s Nile Rodgers heard an early version of the song in a club, which resulted in a lawsuit and a shared songwriting credit; Rodgers has been effusive in his praise of the song since), but Americans could only find a 12-inch “disco” single; a 7-inch (regular) single was never commercially released. (I don’t there was much airplay for the song either; its chart standing in the States was pretty much based off sales.) #36 in the US, but #1 in Canada – go figure. It has moments of sexism and homophobia, but that’s consistent with the era, I suppose.

“I’d Rather Leave While I’m in Love,” Rita Coolidge, #38, 1/12/80
Second chart hit from Coolidge’s 1979 album Satisfied (which was preceded by the albums Anytime… Anywhere and Love Me Again – do I detect a theme here?), this was a huge Adult Contemporary hit both in the U.S. and in Canada, and hit the Top 40 on the Country charts in both territories as well. Melodic love song (as was the case with most of Coolidge’s material, including her remake of Jackie Wilson’s shouter “Higher and Higher”), written by Carole Bayer Sager and Peter Allen, who would have better luck in 1981 with the theme song from Arthur (“Best That You Can Do”).

“You’re Gonna Get What’s Coming,” Bonnie Raitt, #73, 1/12/80
Bonnie Raitt released nine albums for Warner Brothers between 1971 and 1986, but only two songs hit the Billboard singles charts – this and a 1977 remake of “Runaway.” Hopes were high for its parent album, The Glow, as Raitt was coming off her most popular album with 1977’s Sweet Forgiveness and had just signed a new contract with Warner Brothers. But it just didn’t happen, and Raitt was dropped by the label a few years later – her gigantic commercial success came in the early 1990s with Capitol Records. She’s backed here by a treasure trove of Los Angeles-based musicians – Danny Kortchmar, Waddy Wachtel, Bill Payne, Rick Marotta, and J.D. Souther. The song was written by Robert Palmer, and appeared on his 1978 album Double Fun.

“Make Believe It’s Your First Time,” Bobby Vinton, #78, 1/12/80
Yecch blech ptui. Oh, sorry – Vinton’s 44th and final chart hit from his album Encore. No matter what I think of his music, you’ve got to give him credit for his longevity – he started in 1962 with “Roses Are Red (My Love),” and kept hitting even after the British Invasion and well into the 1970s (including in 1975 with “My Melody of Love,” partially sung in Polish). It looks like he’s retired from touring (he’ll be 85 later this year). Karen Carpenter also recorded a version of this song in 1979 for her solo album, which went unreleased until 1996.

“Let Me Sleep Alone,” Cugini, #88, 1/12/80It looks like Scotti Brothers (an independent label distributed by Atlantic Records at the time) wanted to break Don Cugini as a solo artist – he’d co-written two songs for Leif Garrett’s 1979 album Same Goes for You, including the title track. (This was back when working with Leif Garrett was a positive.) But this song didn’t chart particularly well (it sounds like a disco relic at a time when no one wanted to hear any more of that), and no album was issued, so except for a cowrite on the soundtrack to the 1987 movie He’s My Girl, that was pretty much it for Cugini.