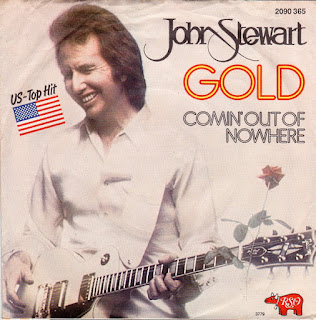 Another two-week entry, since only three songs peaked during the week of July 28.

Atlanta Rhythm Section, “Do It or Die,” #19, 7/28/79
Even slower than their midtempo hits “So Into You” and “Imaginary Lover,” this song is an end-of-the-night-hold-your-sweetie-tight ballad. Which might have been the reason ARS started its downward slide here (most of the rock & roll had been snuffed out of the band); it also might have been that southern rock was on the way out (Allman Brothers were falling apart, Lynyrd Skynyrd had temporarily ended, Marshall Tucker Band was struggling). This is from their 1979 LP Underdog.

Wings, “Getting Closer,” #20, 7/28/79
First single from their 1979 album Back to the Egg – remember, “Goodnight Tonight” wasn’t included on the album, for reasons known primarily known to Paul McCartney (I’ve read where he said it didn’t fit the concept of the album). In any case, this was the first single from the actual album in most territories (the UK got “Old Siam, Sir,” with “Getting Closer” becoming the second release). It’s a pretty good song and a flat-out rocker, but given it was the first single from a McCartney, a #20 peak was a disappointment – and the album’s sales were similarly disappointing (the album’s peak at #6 in the US and #8 in the UK was the lowest for the band since their debut, the tentative Wings Wild Life) – possibly because fans couldn’t get “Goodnight Tonight” on the album (it would eventually be added to CD reissues). Columbia Records, Paul’s new label (he’d been with Capitol until then) took a pretty big loss on his contract at the start, although a 1983 People magazine claim that “According to industry rumors, McCartney’s deal almost ruined Columbia, until the recent successes of such groups as Men at Work got the company back on its financial feet” sets off my BS alarms. Columbia/Epic had Bruce Springsteen, Billy Joel, Barbra Streisand, Pink Floyd, REO Speedwagon, Journey, Aerosmith, Earth Wind and Fire, Eddie Money, James Taylor, Willie Nelson, and many others under contract – they might have been unhappy with McCartney’s sales, but they weren’t going out of business (and giving credit for the label’s revival to Men at Work has not aged well).

Wet Willie, “Weekend,” #29, 7/28/79
Another band goes disco (although for southern rock/funk band Wet Willie, it wasn’t that much of a leap). This song was written by Mick Jackson (who also wrote The (unrelated) Jacksons’ “Blame It on the Boogie”), and it gets a fair amount of airplay from oldies stations today considering it wasn’t much of a hit (I don’t think I ever heard it on the radio during its time on the chart other than on American Top 40). This comes from their LP Which One’s Willie?, which would be their last for Epic Records, as lead singer Jimmie Hall started a solo career the following year. Hall and other members of the band still work together, however; their Facebook page shows a number of appearances in the Southeast scheduled for the next few months.

John Stewart, “Gold,” #5, 8/4/79
Huge hit for Stewart, a music industry veteran who had been a member of The Kingston Trio (he replaced Dave Guard, one of the three original members of the group, in 1961 and stayed until their 1967 breakup). Stewart had found success as a songwriter (“Daydream Believer” for The Monkees being the biggest hit), but not on the charts as a solo performer. This song, and its parent album Bombs Away Dream Babies, would change that. Produced by Lindsey Buckingham of Fleetwood Mac (Buckingham also played guitar, while Stevie Nicks added harmony vocals to several songs, including “Gold”), it’s a song about the music industry that seemed to ring true at the time. Stewart eventually stopped performing the song, calling it “vapid” and “empty” and claiming he only wrote it to please RSO Records in a 2006 interview. (Stewart was diagnosed as being in the early stages of Alzheimer’s the following year, which might have had something to do with that take.) It’s still an oldies mainstay today, in any case.

Kansas, “People of the South Wind,” #23, 8/4/79
First single from the band’s 1979 album Monolith, and probably the only Kansas song that was even slightly danceable. In an interview with Classic Rock Revisited, guitarist Rich Williams said “People of the South Wind’ was more like us doing a disco song by somebody else,” although to call this song disco, to me, was a bit of a reach. It was actually written about the Kaw, a group of Native Americans that gave the state of Kansas (and, indirectly, the band) its name. This song was left off the band’s setlist for a long time (Monolith wasn’t a particularly popular album with fans) until the 1990s, and seems to have been banished again since then.

Blondie, “One Way or Another,” #24, 8/4/79
Second chart hit for the band from Parallel Lines; this one makes it clear Blondie was not a disco band (the song had been getting lots of airplay on album-oriented rock stations before its single release). Debbie Harry told Entertainment Weekly the genesis of the song was about a former boyfriend with stalker tendencies, “but I tried to inject a little bit of levity into it to make it more lighthearted.” It’s been used lots of times in television commercials (for Coca-Cola, Swiffer, and Macy’s, just to name three I’m certain about). What always drove me nuts about this song had nothing to do with the song, it was its progress on Billboard’s Hot 100 – here’s its chart progression between June 23 and August 4: 41-35-34-41-29-26-24. Why did it drop out of the top 40 one week and then come back? Was there that big a turnaround in sales and/or airplay, or did somebody compiling numbers at Billboard screw up? (My bet would be on the latter.)

Pink Lady, “Kiss in the Dark,” #37, 8/4/79
And you thought all the people making Pink Lady and Jeff jokes for years were kidding. Pink Lady was a hugely popular two-woman duo in Japan, Mitsuyo Nemoto (Mie) and Keiko Masuda (Kei). Between November 1976 and December 1978, they had nine consecutive #9 hits in Japan, which between them were #1 for 63 weeks (so basically over half that time there was a Pink Lady song at #1). Elektra Records decided there was a market for them in the United States (hey, Abba started out recording their hits phonetically, right?), so their first English album came out in June – and didn’t make the Billboard charts at all, while this song barely scratched the top 40 and was their first in years to miss the top 10 in Japan (they’d had a few PR problems there over the previous few months). Undaunted, NBC president Fred Silverman had the idea to create a variety series with the duo, so brought in producers Sid and Marty Krofft (who’d done everything from H.R. Pufnstuf to Donny & Marie, and were apparently unaware when they took the job Mie and Kei didn’t speak English). The Kroffts wanted to steer the show toward their Japanese heritage, but Silverman said “No, that's just too different. Let's just do Donny & Marie.” So comedian Jeff Altman was brought in to be their guide, of sorts. Long story short, it was a disaster, lasting five episodes, and that ended Pink Lady’s career in the States (they still make appearances together in Japan).

Tony Orlando, “Sweets for My Sweet,” #54, 8/4/79
Tony Orlando and Dawn have had some nice reunions since the 1970s and Orlando still works today as a solo performer, but he had some tough times in the late 1970s. After the cancellation of their variety show Tony Orlando and Dawn and the suicide of Orlando’s close friend Freddie Prinze (as well as the death of his sister Rhonda, who’d suffered from cerebral palsy, at age 21), Orlando had what can really only be described as a breakdown during a performance in Cohasset, MA. Orlando was in a psychiatric institution for a period thereafter, but gradually made it back and got a new solo contract with Casablanca Records – this would be his one and only solo chart hit; a remake of the old Drifters song. He’s only recorded occasionally since then, but tours frequently (both solo and occasionally with Telma Hopkins and Joyce Vincent Wilson of Dawn), and he and his wife Elaine will celebrate their 55th anniversary this year.

Samantha Sang, “In the Midnight Hour,” #88, 8/4/79
Sang had achieved a huge hit in 1978 with the song “Emotion,” written for her by fellow Australians Barry and Robin Gibb of The Bee Gees, who were red hot at the time with their success on Saturday Night Fever. But she then got hit with a double whammy: her record label in the United States, Private Stock, went out of business, and she decided to work with others on her next album. Unfortunately for her, a disco remake of the old Wilson Pickett song “In the Midnight Hour” (also performed by The Young Rascals) didn’t work out, and United Artists Records dropped her after her first album with them, From Dance to Love. As far as I know, she’s back in Australia.

Posted by Curt Alliaume at 4:53 PM