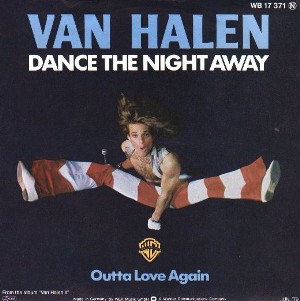 Three huge hits this week, plus a pile of interesting nonhits.

Donna Summer, “Bad Girls,” #1, 7/14/79
Second number one hit for Summer in 1979 after “Hot Stuff,” and this one was the title track from her #1 album.  It’s not particularly pleasant to listen to, given the subject matter is about prostitution (the inspiration was apparently a police officer presuming one of Summer’s assistants was working the streets), but it does carry a message.  The song spent five weeks at #1 in the United States and was the #2 single of the year overall.  It also hit top 10 in eight other countries.  The song was cowritten by Summer, her husband Bruce Sudano, and the other members of Sudano’s group Brooklyn Dreams, Eddie Hokenson and Joe “Bean” Esposito.

Earth, Wind, and Fire With The Emotions, “Boogie Wonderland,” #6, 7/14/79
Maurice White could do no wrong at this point.  EWF performed this song with The Emotions, a female vocal trio that White had been working with (he cowrote and coproduced their #1 hit “Best of My Love” in 1977).  Disco haters probably stayed away from this one given the title, but it’s a get-out-of-your-seats song that still gets plenty of airplay today, and has been used in such movies as Roller Boogie, Madagascar, and Caddyshack.  Cowritten by Allee Willis, who later cowrote “I’ll Be There for You” (better known as the theme song from Friends).

Van Halen, “Dance the Night Away,” #15, 7/14/79
The title sounds like another disco song, but if it’s Van Halen it’s obviously a rocker.  It was also the band’s first top 20 hit, and their first major hit they wrote themselves (they’d made #36 the previous year with a remake of The Kinks’ “You Really Got Me”). David Lee Roth pushed for the title “Dance, Lolita, Dance,” according to a Van Halen web site, but Eddie Van Halen noted “Dance the Night Away” worked better with the chorus (and probably would get more radio airplay). This was one of my favorite songs that year, and there’s nothing wrong with it now, either.

The Bellamy Brothers, “If I Said You Have a Beautiful Body Would You Hold It Against Me,” #39, 7/14/79
A silly double entendre (attributed originally to Groucho Marx) became the name of the brothers’ second and final top 40 pop hit, following 1976’s “Let Your Love Flow.” But this song (written by the younger of the two brothers, David), also became the band’s first #1 country hit – and the first of 26 top 10 country hits the band would have between 1979 and 1990. They’re still releasing albums (their latest, Over the Moon, came out earlier this year), and they’re on tour right now. Side note: when the brothers noted some lyrical similarities between this song and Britney Spears’ 2011 song “Hold It Against Me,” the latter song’s writers (including Max Martin and Dr. Luke) sued the brothers for defamation and libel; the suit was withdrawn after the brothers apologized. Nothing like hitting them with your lawyers, I guess.

Carly Simon, “Vengeance,” #48, 7/14/79
Not one of Simon’s biggest hits, but probably the hardest rocker she ever released as a single. Actor Tim Curry sings backing vocals and John Hall (previously of Orleans and later The John Hall Band) handled the electric guitar solo. The song concerns betrayal – both by the woman singing the song and the man she’s singing it to. It’s from the album Spy, which was released around the same time as then-husband James Taylor’s album Flag (Sheila Weller later wrote in her book Girls Like Us Simon noted it should have occurred to her to not have their albums release simultaneously in order to avoid competition). Quite a video, too.

Art Garfunkel, “Since I Don’t Have You,” #53, 7/14/79
Simple remake of the 1958 hit by The Skyliners, and it’s been remade by lots of people – Don McLean and Ronnie Milsap both had top 30 pop hits with it, and Guns ‘n Roses had a minor hit with it from their 1994 covers albums The Spaghetti Incident?  As for Art Garfunkel, well, not so much. Unlike his former partner Paul Simon, Garfunkel isn’t a songwriter, so his music career was at the mercy of whoever was writing material for him (or whatever songs he could remake). Garfunkel’s three previous solo albums went top 20 and achieved at least gold status (1975’s Breakaway went platinum), but Fate for Breakfast, this song’s parent album, is only notable for having been issued with five different sleeves (all with different pictures of Garfunkel on the front).

Waylon Jennings, “Amanda,” #54, 7/14/79
Pretty song written by country songwriter Bob McDill, and yet another song about a good woman suffering because her love was a musician/songwriter (see Kenny Rogers’ “She Believes in Me,” Barry Manilow’s “A Linda Song,” and others). Originally written for Jennings, it wound up going to Don Williams first (who hit #1 Country with it in 1974). Jennings’ version was recorded the same year but remained an album track until 1979, when a few overdubs were added and put on a greatest hits set. Jennings’ version also went #1 Country, one of eight #1s on that chart for Jennings between 1977 and 1980.

Nick Gilder, “Rock Me,” #57, 7/14/79
Man, this guy’s star faded fast – you couldn’t escape “Hot Child in the City” the year before. Fourth and final pop hit in the United States for Gilder (he did a little better in Canada, where he was raised), this is a standard issue rock song without the driving hooks of his one big hit. After the momentum wore down, Gilder moved back to Vancouver, and still continues writing songs. Only one big hit, but that’s more than most people get. The chorus is actually “You really rock me,” but since that title was already taken, Gilder made his song title a little shorter.

Manfred Mann’s Earth Band, “You Angel You,” #58, 7/14/79
Originally written by Bob Dylan and recorded for his 1974 album Planet Waves; Dylan later dismissed the song as having “dummy lyrics.” (Whether he meant they were stupid or were temp lyrics with the intent of inserting something better wasn’t discussed.) Anyway, Mann – who’d had a major hit years before with Dylan’s “Mighty Quinn,” a version of his “Quinn the Eskimo” that he’d recorded but left unreleased until The Basement Tapes finally came out eight years later – picked it up for his band’s album Angel Station. That album’s liner notes has one of the strangest kiss-offs ever – longtime lead vocalist Chris Thompson had decided to form his own band, Night (we’ll be hearing from them in future entries), so Mann wrote a goodbye thank you that appeared on Angel Station’s cover.  (Thompson sang lead on “You Angel You” and a few other songs, with guitarist Steve Waller singing lead on the rest.) But Night didn’t do the business they expected, so Thompson was back for Manfred Mann’s Earth Band next album, 1980’s Chance.

Philly Cream, “Motown Review,” #67, 7/14/79
I can find so little information on this one-hit wonder that I could assume it’s all studio musicians – especially because 16 people are pictured on the cover on one of their albums (the other shows a nude woman; I’m not sure if she in the group or not). Anyway, this was released on WMOT Records, distributed by Fantasy Records, and has its share of inaccuracies:
- the traveling Motown show was spelled “Motown Revue”
- “JFK has been shot/We miss him a lot/He always knew what to do”: Bay of Pigs, anyone? (Not to mention his personal life.)
- “Television’s no longer live/Now it’s taped/Ahead of time”: That had been the case for years; easier and cheaper.
- “Even Dick Clark/Is starting to look older too”: No wonder the band didn’t go anywhere.

Franne Golde, “Here I Go (Fallin’ in Love Again),” #76, 7/14/79
Singer/songwriter who’s written or cowritten plenty of songs (Diana Ross’ “Gettin’ Ready for Love,” The Commodores’ “Nightshift,” Jody Watley’s “Don’t You Want Me,” The Pussycat Dolls’ “Stickwitu”), Golde also released three of her own albums in the late 1970s. This is a decent pop/rocker without much to make it stand out from the crowd (aside from her looks, which in those pre-MTV days weren’t as easy to promote), so it became her only chart hit. Golde’s still active in the music business, she runs a clothing company, and she’s married to producer/musician Paul Fox (10,000 Maniacs, Phish, Grant Lee Buffalo), who was diagnosed with early-onset Alzheimer’s a few years back. (I am not sure why the record label added the I to her name; it’s spelled Franne everywhere else.)

The Cooper Brothers, “I’ll Know Her When I See Her,” #79, 7/14/79
Described as a “Canadian southern rock band” in Wikipedia – which I don’t understand at all (were they from Toronto as opposed to Edmonton?). Anyway, this was their second and final chart hit, and it’s not really southern rock (as in, Allman Brothers/Lynyrd Skynyrd/Marshall Tucker) at all – it’s a pop/rocker with strings and horns. Their record label, Capricorn, collapsed in 1980, but they’ve stuck it out on and off over the years, releasing Radio Silence in 2017. And they still tour, albeit apparently only in Canada.

Gibson Brothers, “Cuba,” #81, 7/14/79
Three-man band based in France (although they were born in Martinique in the West Indies). This was their one American hit, although they did place six songs on the British charts between 1979 and 1983, with “Que Sera Mi Vida” going as high as #5, thus earning placement 20 years later on the 54 soundtrack – remember Mike Myers as Steve Rubell?). Pure disco, as you might expect (in fact, I got my copy of this song from a compilation called Pure Disco). I think they’re still together (although their website is on Waybac, which makes me wonder.

Crystal Gayle, “When I Dream,” #84, 7/14/79
Title track from Gayle’s final United Artists album, it’s a weepy ballad about a lost love. This has some strange background – the lead single from the album When I Dream, “Talking in Your Sleep,” had hit the top 20 in November 1978, so that’s a long time between singles from the same album, although she did hit #1 country with “Why Have You Left the One You Left Me For?” in the middle. Gayle also released one final United Artists album, We Should Be Together, about the same time “When I Dream” hit the pop charts, and her first album on Columbia Records, Miss the Mississippi, came out in September. I don’t know for sure, but I’m thinking UA was issuing everything in the vaults before they lost her to Columbia.