The Clouded Wrath of the Crowd 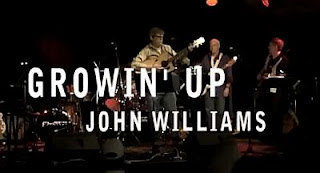 Things slowed down musically over the fall of 2010, again mostly for reasons of time, but I spent New Year's Eve at the great Dave McKittrick's house, wherein much jamming took place, and the guys I played with were superb, each and every one. We could easily have gone off to a gig that night and been deemed a pretty good band that maybe needed a little work.  As it was, the seeds were sown for the next event, namely a 50th birthday party at Jammin' Java in Vienna, Va., hosted by the birthday boy himself, Jim Mazur. Jim gathered together something like 40 musician friends to perform on a Saturday afternoon in March, which is how I found myself rehearsing a three-song set with a splendid group of talented fellows, the exquisite Morgan Henry (bass), Dan Fitzgerald (drums) and the aforementioned Dave McKittrick (guitar). We discovered from the outset that the four of us meshed together effortlessly, to the point where I found myself literally startled by how good we sounded. Somethin' was happenin', and I liked it, I liked it.

The Jammin' Java gig went off great, and the highlight for me was the live debut of "South Street", which I dedicated to "Everybody from New Providence".  I'll post the audio of that song in a future entry. For now, here's a video clip of our version of "Growin' Up" (which I think I over-sang a tad).  It felt great being onstage again after a decade's absence.

P.S.  Oh, and sorry about the bizarre off-sync. The videographer spliced the footage someone took with the audio from the soundboard, and the timing is hilariously whacked, which accounts for the weird Mill Vanilli effect.