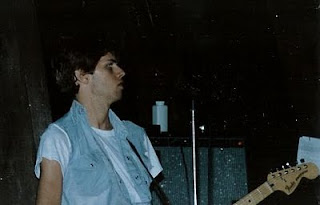 In the previous entry, I mentioned having written several songs with Ken, my old music partner and friend, most of them bad. This one was the best of the lot, and I happen to have a live version of it in my collection. It's not as awful as some of our songs were, but it's pretty silly.

(Actually, as I listen to it now I think "Your kisses were divine/but not as good as mine" is a pretty good line.)

Trivial note: I believe this performance was recorded in the park across the street from Our Lady of Peace church, as mentioned in "South Street."