Since You Last Saw 'South Street' 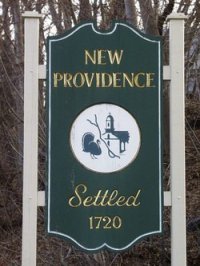 As first chronicled here, "South Street" is a reminiscence of my growing up in a suburban Jersey town called New Providence, a place for which I have mixed emotions. I don't think it's the greatest song ever written, but it may well be the best song I've ever written, which may not be saying much but there it is. It does exactly what I wanted it to, which is that it captures my tough teenage years in an appropriately mournful and mordantly humorous manner without getting self-pitying or maudlin about it. It also apparently strikes a chord with others who have never been anywhere near New Providence, and that is very satisfying. My friend Roy Edroso paid me a huge compliment by telling me the song should resonate with anyone who's ever been young and isn't anymore. So if nothing else, I say: mission accomplished.

Another touching and completely unexpected reaction to the song came from my father, who after listening to it apologized to me profusely for not having paid better attention to my plight during those years. "I should have been there for you more," he told me, in a voice heavy with regret and remorse, and I was taken quite aback. I assured my dad that he had nothing to feel bad about, that he did all right by me in the end, and that I loved him dearly. But I was quite touched that the song had that kind of an impact on him, and as an artist you can't ask for anything better than moving someone's heart, especially that of your own father.
The journey from "South Street"'s 20 minute songwriting session to its first live performance and groundwork for a final studio recording is no great epic or anything, but it is I think an interesting example of the songwriting and recording process, at least in my experience. So I'll take us from there to here, beginning with the demo I recorded a year ago with Dave McKittrick. Starting tomorrow I'll post other versions chronicling the song's journey, and I hope you'll stick with me.