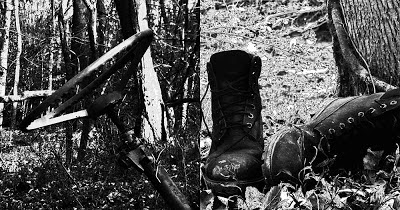 The original purpose of this blog was, as the blurb up top says, to chronicle the making of an album of songs to be entitled Abandoned and Heartbroke, and the idea was to post the progress of the record as I went along. Time and life have stalled and even managed to sabotage that process, but over the next few weeks I will be posting a good number of songs and demos, starting with the acoustic version of "One More Day to Rain" I posted last week. I have mixed emotions about posting work in progress, because this version of "These Times" is not meant to be finished, and it shows, but on the other hand a warts-and-all approach was part of the concept of this blog. At some point the mighty David McKittrick will put on his producer hat and analyze the song and I have no doubt that it will undergo at least some amount of revamp. (We have a deal, which is that nothing will go on the album as a finished product that Dave feels is less than stellar. I trust him that much.)

So here is the latest rough demo of "These Times". The lyrics are about 75% finished, while the rest is placeholder. Right now I am trying to build a decent musical structure. This is a vastly improved version over the one I posted awhile back, in that I worked and worried at the melody to pull it away from the droning sameness I had come up with originally. But it is still a piece very much in progress, though I think we're finally getting somewhere with it. Give a listen when you have time, and let me know what you think.