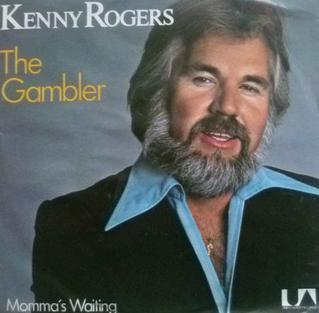 Lots of major acts this week, but none of these were their biggest hits. (Unless you count Elton John’s drummer.)

Chicago, “No Tell Lover,” #14, 3/3/79
23rd Top 40 hit for Chicago, matching the peak of their previous single from Hot Streets, “Alive Again.” This went back to the typical Chicago formula over the last few albums – a Peter Cetera ballad. Cetera cowrote the song with band members Lee Loughnane and Danny Seraphine, and shared leads with new member Donnie Dacus (who replaced founding member Terry Kath after his accidental death in 1978). There were warning signs, though: Hot Streets was their first album with no top 10 singles since Chicago III, and their first album not to make top 10 since their debut.

Foreigner, “Blue Morning, Blue Day,” #15, 3/3/79
Third top 20 hit from their Double Vision album. Lou Gramm is quoted in a Songfacts interview as saying the song’s about a musician burning the candle at both ends, which may be revisionist history (the song never mentions the protagonist being a musician, but he’s clearly having relationship problems; Gramm might have a problem now with the fact that the central character is already planning to find “someone to make me feel better”). Double Vision has sold over seven million copies in the United States to date.

Kenny Rogers, “The Gambler,” #16, 3/3/79
Title track from Rogers’ 1978 album, and the first song that really started his comeback going in earnest (he’d had a top five hit with “Lucille” two years before, but missed the top 20 with three singles after that). A story song related by the protagonist about a tired old gambler on a train going “bound for nowhere.” The gambler gives him some sage advice and promptly dies. This song was the first hit written by Don Schlitz, and even though it’s become a signature song for Rogers (who made five Gambler movies for television in the 1980s), it was recorded previously by Bobby Bare, Johnny Cash, and Schlitz himself. Rogers has continued to feature the song in his act, and made use of it in a snarky 2014 ad spot for Geico. This video is from a 1979 appearance on The Tonight Show With Johnny Carson.

Nigel Olsson, “Dancin’ Shoes,” #18, 3/3/79
As I noted here four weeks ago, two versions of this song were released nearly simultaneously – one by The Faith Band, whose lead singer Carl Stories wrote the song, and one by Nigel Olsson, who had been Elton John’s drummer during his glory years from 1970 to 1975. Olsson had been a studio since then, as well as releasing several solo albums (one of which had emerged before his departure from Elton’s band, as well as a minor single, “Only One Woman,” which peaked at #91). “Dancin’ Shoes,” despite its name, is actually a ballad, and Olsson drenched it with strings and horns – but that apparently did the trick for radio.

Al Stewart, “Song on the Radio,” #29, 3/3/79
Speaking of radio, Stewart had no thought that this would be a hit – because he thought it wouldn’t be released as a single. In a 2017 interview with Boulder Weekly, Stewart noted “There’s no justification for it, but the record company asked for a mid-tempo ballad with a saxophone on it, and I was kind of making fun of Arista Records. They wanted a song that could be played on the radio, and very tongue-in-cheek I wrote a song called ‘Song on the Radio.’ I thought they’d be smart enough to see I was actually joking, but of course they didn’t, and they put it out as a single and it made the Top 30, and the joke was on me because I screwed up a preposition.” He was referring to the first lines (“I was making my way through the wasteland/The road into town passes through”) – which contains “through” twice. “I mean, this is terrible writing.” I’ll forgive him.

Firefall, “Goodbye, I Love You,” #43, 3/3/79
Second single from the band’s third studio album Elan (and given that word means “vigorous spirit or enthusiasm” per Merriam Webster, mellow soft rockers like Firefall using for an album title is a bit odd). I’ve read they thought this would be the first single and “Strange Way” would be the second, since that was more of a rocker, but Atlantic Records made the right choice – I liked this song when it first came out, but now it sounds like many of their other hits (“You Are the Woman,” “Just Remember I Love You”). Written and sung by guitarist Rick Roberts.

Dr. Hook, “All the Time in the World,” #54, 3/3/79
Here’s a head scratcher: this was not originally included on the band’s album Pleasure & Pain, which had been released five months before (and contained the top 10 hit “Sharing the Night Together”); Capitol Records decided to do a new pressing that contained the song. If it had been an amazing song maybe that would have made sense, but it wasn’t, and likely fans were confused by the change. Capitol then went back to the well one more time for “When You’re in Love With a Beautiful Woman” (which was on both pressings), and that made top 10 as well. No wonder Dr. Hook left the label the following year.

Neil Young, “Four Strong Winds,” #61, 3/3/79
A song about transient Canadian farm workers that also served as a comment about the temporary nature of relationships, this song was originally written by Canadian folk singer Ian Tyson, who performed it with Ian and Sylvia (Sylvia was his then-wife; they divorced in 1975; they may have some influence on A Mighty Wind’s Mitch & Mickey.) Anyway, it’s a standard in Canada (CBC Radio One listeners chose it as the greatest Canadian song of all time in 2005), but it’s only been a minor hit twice in the States (and neither time by the original artist; Bobby Bare took it to #60 in 1964). Still, it’s a great song, with a nice harmony vocal by Nicolette Larson. Young still performs it occasionally in concert, such as this 2005 appearance, which features Young’s late wife Pegi on harmony vocals, and Emmylou Harris on guitar.


Michael Jackson, “You Can’t Win (Part 1),” #81, 3/3/79
It took me years to figure this song out, because I’d never heard of it. It’s from The Wiz soundtrack, which was a major flop movie in 1978 (having Diana Ross, who was then 33 years old, play Dorothy was a bad idea that no one, viewers and critics included, could overcome). As a result, the soundtrack peaked at #40 on the album chart, and neither of the singles (this and “Ease On Down the Road”) made the pop top 40. The only good thing that came out of this single was Jackson hitting it off with producer Quincy Jones, which resulted in Jones producing his hit albums Off the Wall, Thriller, and Bad. This is from the film itself; the mix for the soundtrack version is very different.


Kate Bush, “The Man With the Child in His Eyes,” #85, 3/3/79
Kate Bush is pretty much a national treasure in her native England, with sixteen Top 20 hits on the UK pop chart between 1978 and 2012. Not so much here in the United States; she’s charted four times, with nothing making it beyond #30. This was her first pop hit here (“Wuthering Heights” bubbled under the Hot 100); the amazing thing is it was released when she was 19 years old (and she’d been working on several of the songs on her debut LP, The Kick Inside, for years before that). Combining visual arts with music, Bush’s UK breakthrough was a response to punk rock, and it’s a bit of a surprise she charted in the disco-crazed United States at all.

Queen, “Don’t Stop Me Now,” #86, 3/3/79
This was a top 40 hit in six countries, and did better than the lead single from Jazz, “Bicycle Race/Fat Bottomed Girls,” in the United Kingdom – but it was a major flop here. It’s hard to understand why; the song was energetic and made for dancing; maybe Elektra gave up on promoting the album early. It’s had a long, successful backlist shelf life, having gone “platinum” in 2017 (by getting over one million digital downloads in the United States – no, the physical single didn’t sell one million copies in 1979), and was named “The Greatest Driving Song Ever” by the UK television program Top Gear in 2005 (yes, even beating out “Bohemian Rhapsody”).

The Wonder Band, “Whole Lotta Love,” #87, 3/3/79
Oh, God, here come the disco remakes. After Linda Clifford chalked up a minor hit with “Bridge Over Troubled Water” the year before, I guess somebody decided classic rock was ripe for a disco backbeat – so Led Zeppelin’s biggest chart single was given a makeover for the dance floor. (“Stairway to Heaven” was never released as a single, wise guys – although The Wonder Band’s album had a medley of those two songs taking up its entire first side.) I’m not sure who The Wonder Band was (studio musicians, I suppose), but this appears to be their only chart hit.

Dan Hartman, “This Is It,” #91, 3/3/79Second chart single from Hartman’s Instant Replay album, this also became a top 20 UK hit. The song was combined with “Countdown,” also from the Instant Replay LP, and made the Disco chart here in the US as well. (I’ve included the full “Countdown/This Is It” medley here as a video; if you want to see Vinnie Vincent and G.E. Smith goofing around in the official “This Is It” video, look it up on YouTube.) As with “Instant Replay,” Hartman (who also wrote The Edgar Winter Group’s “Free Ride,” and would later write “Living in America” for James Brown) proved he knew his way around a catchy song, whether it was a disco tune or not.

Posted by Curt Alliaume at 3:01 PM