The Day I'll Always Remember: Political Pop of the 1970s 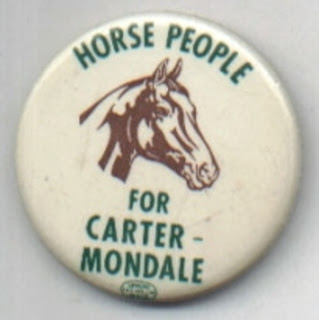 I became a news junkie when I was still just a kid. I'm not quite sure how it came about, but I seem to remember grabbing my dad's discarded copy of The New York Times so I could have something to read with my cereal, and finding the shenanigans the grownups got up to pretty fascinating. So even though I was only in the fourth grade when Watergate broke, I was utterly caught up in its saga. I watched the hearings, the special reports, the installation of Gerald Ford, and I especially remember running in from playing outside to watch Nixon helicopter away from the White House one final time. I was a weird little kid.

The 1970s were my primer for Liberal politics, and as skeevy and gloomy as the era may seem now (and it does), there was a lot of social upheaval and radical change going on -- maybe not as monumental as in the previous decade, but certainly enough to give me more than a few life lessons. Learning about stuff like busing, feminism, abortion, contraception, gay rights, and of course political scandal set me on a path of Liberal obnoxiousness that led to the loudmouth you see before you. But as always, nothing reached me harder and faster than pop music. Before I was a Jersey boy, I lived during the early 1970s in West Virginia, where I was born. One of my earliest and most vivid memories is of my mother driving us kids on Saturdays to the Kennedy Center YMCA in downtown Charleston, because she wanted to make sure we got to meet and know and play with black kids. I remember one day on the drive over, watching as the neighborhoods grew poorer (and darker), while "Papa Was A Rolling Stone" played on the car radio. It dawned on me then that the story those men were telling in that song reflected exactly the experiences of the kids I was meeting, and enjoying. It was my first hint that pop music could tell truths you couldn't hear anywhere else.


(Note: Sex me no Pistols; I set out to make this an All-American list.)

and finally, the most radical political 70s anthem of them all: