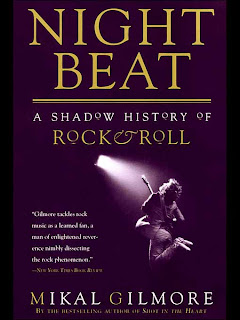 As this blog progresses, assuming anyone sticks with me, we'll be talking about all sorts of musical influences, some of whom may not be obvious choices. I know what some of you are thinking -- "oh, when's he gonna post the inevitable Bruce and Lennon songs?" -- but in fact, as far as discussing influences goes, those two won't really get much mention. In Lennon's case, saying he's an influence on my pop sensibilities is like saying "hey, you know what I like? Cake." Even I with my outsized ego am not going to bore you guys any more than I already have by pointing out the obvious -- that his work is a huge influence on pop sensibilities, period. As far as Springsteen is concerned, this is rather interesting: he's more of an inspiration and an impact on my thinking as an artist, as well as a person, than he is on my admittedly sparse song catalog. I'm not especially interested in writing bombastic anthems or in recasting Steinbeck novels.

I will talk about not-so-obvious influences such as certain of my friends, the type of people who handed you a cassette (or sent you an MP3) or brought you to a concert and changed the course of your life. Some of the friends I'll mention here are ones I know personally, while others are in fact strangers but are almost as dear for the positive impact they've had on me. One such 'friend' is the guy who wrote the book pictured above: Mikal Gilmore, a rock critic who's written for Rolling Stone since the mid-70s and has interviewed or written about pretty much everyone over the years. Mikal is not the type of critic people think they hate -- thumbs up, thumbs down, five stars, and so forth -- he comes from a school of writers who care and argue and feel passionate about what they're writing about. He is not so different from that great friend you had who'd stay up late with you, arguing and learning, sharing records and reveling in the joy of loving that which you love. Mikal and writers like him -- Dave Marsh, Greil Marcus, Lester Bangs, Robert Christgau and Nick Tosches -- refined and helped form my taste and aesthetics and taught me why I loved certain things. In other words, you can partially blame them for encouraging my irritating know-it-all persona over the years.

The reason Gilmore stands out among these writers for me is that his work is suffused not only with passion and love for music, but also compassion and a deep caring for people. Mikal's writing is steeped in love for humanity; he worries about us, he seeks solace and beauty and understanding through art and music, and it lends his work heart and a deeply moral authority. He is also an outstanding writer, plain and simple, so deft and elegant that his phrases become a form of music themselves. Here's a sample of what I mean:

Popular music, all said and done, was among the best friends -- and one of the few real confidants -- I'd ever known in my life. Whereas you could talk to and confide and hope and trust in a lover, that lover might still leave or betray you. A great song, by contrast, would talk to you -- and its truths would never betray you. At 3 A.M., outside of the greatest and most sinful sex, there was nothing that could mean as much as a pop song that told you secrets about your own fucked-up and yearning heart.

You can read more here, it's from an online preview of the intro to the book pictured above. If his surname rings a bell for you, read the part of the piece concerning his family and you'll find a bit of astounding and tragic history in the man's life.

I found Mikal on Facebook this past Fall and added him to my friends list, and if you do the same he will accept your invite promptly and graciously. He's funny and tender and sardonic, and his new wife Elaine, who is an L.A. publicist, is a hoot. It's been fun getting to sort of know the person behind all those late nights of argument and inspiration.
Posted by John E. Williams at 8:48 AM