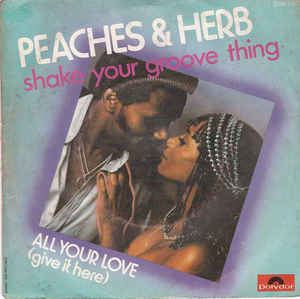 For the week of March 17, 1979, there were still a lot of people dancing – and the chart hits (mostly) reflected this.

Donna Summer and Brooklyn Dreams, “Heaven Knows,” #4, 3/17/79
1979 was Summer Time all year long; Donna Summer had a streak of seven consecutive top five hits that ran from late summer of 1978 (“Last Dance”) to late winter of 1980 (“On the Radio”). “Heaven Knows” was part of a medley on the fourth side of the double LP Live and More, along with “MacArthur Park” and “One of a Kind,” but after the former hit #1, Casablanca decided to do some more editing to make “Heaven Knows” a single. Brooklyn Dreams was a three-man vocal group on the label, and Summer sings this with the group’s Joe “Bean” Esposito as second lead (on the version that appeared on their 1979 album Sleepless Nights, the positions are reversed). Summer would marry Brooklyn Dreams member Bruce Sudano in 1980; the couple would have two daughters and would remain married until her death in 2012.


And in case you ever wanted to hear the version where the leads between Summer and Esposito are reversed...

Peaches & Herb, “Shake Your Groove Thing,” #5, 3/17/79
Peaches & Herb racked up ten chart hits between 1967 and 1969, including a top 10 hit in “Close Your Eyes.” A lot changed in the intervening years: Francine “Peaches” Baker retired from the act and was replaced by Marlena Mack, and Herb Fame also quit to become a Washington, DC police officer. When he revived the act in the mid-1970s, Linda Greene became the “new” Peaches. The first album went nowhere, but this disco concoction fit well in playlists and became the centerpiece of their album for Polydor Records, 2 Hot!

The Babys, “Every Time I Think of You,” #13, 3/17/79
A near-rewrite of the band’s 1977 hit “Isn’t It Time,” this song also peaked at the same position on the Billboard chart. Probably not surprisingly, the two songs were written by the same two guys, Jack Conrad and Ray Kennedy. (Kennedy’s best song was written with and performed by The Beach Boys: “Sail On, Sailor,” which has been covered by Golden Earring, Shawn Colvin, Sting with Lulu, and Jimmy Buffett.) Conrad plays bass on the song, which appeared on the band’s 1979 Chrysalis album Head First.

Linda Ronstadt, “Just One Look,” #44, 3/17/79
Third single from Ronstadt’s Living in the USA album, and the first one to miss the top 40. I had always though “Alison” would have been the better song to release at this point (it was getting a fair amount of AOR play), but it turns out that was released as a fourth single and didn’t chart at all. Anyway, Doris Troy originated the song in 1963 (she also cowrote it under the pen name Doris Payne) and had the biggest hit with it, peaking at #10. The Hollies hit #98 in America with their version in 1964, and a 1967 rerelease made it to #44. Finally, Anne Murray made it to #86 on the Hot 100 with a remake in 1974. Other acts that have recorded their own versions include Martha and The Vandellas, Lulu, and Lynda Carter (yes, she can sing).

Third World, “Now That We Found Love,” #47, 3/17/79
America had a chance to listen to more reggae than ever in the late 1970s, with Bob Marley and Peter Tosh charting singles. None, however, hit the top 40, and neither did this one, which mixed reggae with disco. Third World formed in Jamaica in 1973, and founders Stephen Coore and Richard Daley are still with the band today (they’ll be playing a few dates in the United States in the spring and summer; check the band’s web site for details). “Now That We Found Love” was originally recorded by The O’Jays for their 1973 album Ship Ahoy, and Heavy D & The Boyz hit #11 with their version in 1991.

Kim Carnes, “It Hurts So Bad,” #56, 3/17/79
This was Carnes’ first solo Hot 100 hit, although she had hit #36 in 1978 in a duet with Gene Cotton, “You’re a Part of Me.” This was sort of a country rocker that exhibited Carnes’ husky voice (not unlike Rod Stewart or Bonnie Tyler, who had broken out the previous year with “It’s a Heartache”). Carnes wrote this song – in fact, with one exception, Carnes wrote or cowrote all of the songs on its parent album, St. Vincent’s Court, with husband Dave Ellingson. Carnes would have her breakout hit, the duet “Don’t Fall in Love with a Dreamer,” with Kenny Rogers the following year.

Nancy Brooks, “I’m Not Gonna Cry Anymore,” #66, 3/17/79
Brooks appears to be a true one-hit wonder – I have almost no information on her. This appears to be her only hit, which was likely intended as a country/rock crossover. It was on Arista Records (which was not particularly strong in the country music field), and was written by Bobby David, who wrote a couple of #1 country hits – “Hope You’re Feelin’ Me (Like I’m Feelin’ You” by Charley Pride, and “Devil in the Bottle” by T. G. Sheppard. Produced by Ernie Winfrey, who worked as a Nashville-based recording engineer for many years. Benny Mardones (“Into the Night”) covered “I’m Not Gonna Cry Anymore” on his 1981 album Too Much to Lose.

Brooklyn Dreams, “Make It Last,” #69, 3/17/79
Hey, it’s Brooklyn Dreams again! On Casablanca Records (like Donna Summer), the vocal trio was really more pure pop/rock than disco, but that seemed the way to go in the late 1970s. This was their fourth and last Hot 100 hit as a standalone act – the band broke up on friendly terms shortly after Casablanca ran into financial problems and Neil Bogart left the label. Bruce Sudano, who had previously been successful with the band Alive N Kickin’ (their song “Tighter, Tighter” was a top 10 pop hit in 1970), would write the #1 country hit “Starting Over Again” for Dolly Parton, while Joe “Bean” Esposito notched a top 40 hit in 1983 with “Lady, Lady, Lady” off the Flashdance soundtrack.

Grey & Hanks, “Dancin’,” #83, 3/17/79
R&B songwriting duos were getting recording contracts like crazy in 1979 – Bell & James and McFadden & Whitehead had hits that year, but Grey & Hanks were the first ones to chart. Len Ron Hanks and Zane Wallace Grey (that’s his real name; he used Wallace to avoid confusion with the Western author) had written songs for Jerry Butler, Tavares, Millie Jackson, Esther Phillips, and Patti Austin, but their biggest success was L.T.D.’s recording of “Back in Love Again.” Getting a deal from RCA Records in 1978, their first album, You Fooled Me, contained this hit, which also made it to the top 10 on the R&B charts. It seemed to follow the Chic formula – disco with anonymous female singers accompanying the guys leading the band – but outside of this one (pretty good) song, they didn’t do much. After their second album, Prime Time, they split up. Hanks appears to maintain a presence on Facebook.