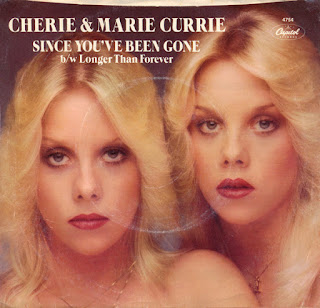 I’ve combined the two weeks into one entry, since there are only 12 songs total. We’re getting near the end of 1979.

Huge surprise hit for Alpert, who hadn’t had a top 40 hit (either solo or with the Tijuana Brass) since 1968, when “This Guy’s in Love With You” also hit #1. “Rise” was originally planned as a typical disco song at about 120-125 beats per minute, but the final mix slowed down the tempo to 100 beats per minute—which made it danceable, but also more appropriate for couples to cuddle on the dance floor. “Rise” was famously used by the ABC soap opera General Hospital as the background music for the rape of Laura Spencer (Genie Francis) by Luke Webber (Anthony Geary)—which was the start of the two characters as a couple. (General Hospital famously retconned the scene as a seduction for a while; in recent years the scene was retconned again to a date rape.) I can’t find any kind of an episode guide for the show, but it appears the claim that the song’s appearances in the show made it a hit are misleading at best; the episode in question likely aired sometime in October 1979; “Rise” had already hit #4 in Billboard’s September 23 issue. I bought my 12" clear vinyl single at that time, which I thought would be worth a lot of money someday; it’s not. That’s Herb’s wife, Lani Hall (who had been the lead singer for Sergio Mendes and Brasil ’66, a big act for Herb’s A&M Records in the 1960s) in the video.

Warwick’s comeback hit was just about as shocking as Alpert’s; this was her first top 30 hit since 1969, excluding her appearance with The Spinners on the 1974 #1 hit “Then Came You” (and The Spinners were red hot at that time). Warwick had moved to Warner Brothers in 1971 from Scepter Records, where she’d been lost among their stable of rock artists; losing Burt Bacharach and Hal David to write, produce, and arrange her material was also a huge blow. (A brief name change to Dionne Warwicke, or the recommendation of astrologist Linda Goodman, was a further hindrance.) In 1979, Warwick was with Arista Records, which was a good fit: she had a sympathetic ear in producer Barry Manilow and a label head in Clive Davis who preferred his singers to not be songwriters. “I’ll Never Love This Way Again” has many of the earmarks of a Manilow song; beside Manilow’s production, it was written by Richard Kerr and Will Jennings, who had written Manilow’s hits “Looks Like We Made It” and “Somewhere in the Night.”

Like “Gold,” this song features Stevie Nicks on harmony vocals (it’s almost a duet), and Lindsey Buckingham produced and played guitar. Obviously it didn’t chart nearly as high as “Gold,” but there was a lot of competition at the time (including Fleetwood Mac’s own song “Tusk”). Stewart did not have fond memories of “Gold,” but he seemed okay with this one, rerecording it for his own label’s retrospective Airdream Believer without Nicks as far as I can tell (the female vocalist doesn’t get any billing)—it’s on Spotify, but the original version is not; you’ll have to settle for YouTube for that one. This got a lot of FM airplay; it’s a great atmospheric late summer/early fall song with a theme along the lines of Bruce Springsteen’s “Thunder Road.”

Surprisingly heartfelt midtempo song that was undeservedly ignored at radio (partly a general Kiss backlash, and probably from some fans irritated by the move toward disco with “I Was Made for Lovin’ You”). This is mostly the Paul Stanley show: he cowrote it with producer VIni Poncia, sings lead, and handles most of the guitar work (Ace Frehley did some overdubs and backing vocals, Gene Simmons is on bass, and Anton Fig subs for Peter Criss on drums). Some reviews claim there’s a disco influence here too, but I can’t hear it—it sounds more like an attempt to reach the pop market that didn’t quite work.

One of the first great power pop releases; too bad it didn’t find more of an audience. The Records formed in England, led by drummer Will Birch and rhythm guitarist John Wicks, who cowrote six of the ten songs on their first album and had a hand in writing most of the others. (They also cowrote songs for Rachel Sweet and The Searchers.) “Starry Eyes,” in its single version, took off—somewhat—on American radio, but nowhere else. The American release of The Records (titled Shades in Bed elsewhere) was reconfigured to include the single version of the song, rather than the album version. The album was coproduced by future superstar producer Robert “Mutt” Lange. Further releases yielded no hits anywhere, and the band broke up in 1982; a short 1990 reunion failed to stick.

Hagar’s only hit from his 1979 solo album Street Machine. Unlike his previous solo albums with Capitol staff producer John Carter, who moved Hagar into crooner territory, Hagar produced himself, and played to his strengths: crunchy hard rock and belting along the lines of Robert Plant. Street Machine didn’t chart much higher than any of his previous Capitol solo albums—once you’re on your fourth solo album and haven’t become a consistent seller, you’re not going to get a ton of label support—but it did peak at #71, higher than any album he’d done excluding Montrose’s Paper Money from 1974.

The Currie sisters (they’re identical twins) had their one and only chart hit two years after Cherie left The Runaways, her original band. “Since You’ve Been Gone” was written by singer/songwriter Russ Ballard, who’d previous sung lead for the band Argent (“Hold Your Head Up”); Head East’s version of the song (under the title “Since You Been Gone”) hit #46 in 1978. Cherie and Marie weren’t quite 20 years old when the album came out (which wouldn’t be a surprise to Runaways fans; the band was formed based on the idea that people would want to see naughty teen rockers), but they got a group of studio vets to help with their album Messin’ With the Boys: Bill Champlin, Waddy Wachtel, and Toto members Mike Porcaro, Bobby Kimball, and Steve Lukather (who later married Marie). But the album didn’t sell, and despite Cherie having a key role in the 1980 movie Foxes, they didn’t last as a group (Cherie had drug problems during this time, which probably didn’t help). Cherie now works as a woodcarving artist (and was married to actor Robert Hays), Marie has worked as a mortgage broker.

First single from the band’s third album, Head Games; this would be the only time the lead single from a Foreigner album wouldn’t make the top five until their 1991 LP Unusual Heat (which, probably not coincidentally, was the first album the band recorded without lead singer Lou Gramm). More telling: the song only charted in the United States and Canada (which would be the case for all three singles from Head Games; “Love on the Telephone,” released as a single only in Europe, hit #34). The song has been seen by some as a somewhat racist statement given its title; band leader Mick Jones said this is not the case.

It took five studio albums, but Journey got themselves a top 40 single. (Too bad it’s this one, which I personally cannot abide, but that’s a matter of personal taste.) The second single from their album Evolution (the first single, “Just the Same Way,” inexplicably had Gregg Rolie on lead vocals), it definitely leans more pop than the band had been in the past (and would continue heading in that direction in the future). Written by Steve Perry, and based on his real-life experience of seeing his girlfriend macking on another guy.

Gomm is the second most famous member of 1970s British rock band Brinsley Schwarz (behind Nick Lowe, with whom he cowrote “Cruel to Be Kind”). Gomm released his solo debut, Summer Holiday, in England in 1978, but it was resequenced by Epic Records in the United States (and renamed Gomm With the Wind, which may not have meant as much in other territories), and “Hold On” took off on pop, AC, and some AOR stations. Produced by Martin Rushent (who would later produced records for The Human League, Buzzcocks, and The Go-Go’s), the song would be Gomm’s only hit, although he did release a few more albums. He lives in Wales, and maintains a website on his career.

Bama was a three-man studio group (Ken Bell, Terry Skinner, and J.L. Wallace) that happened to write a successful song as their one and only hit. “Touch Me When We’re Dancing” only hit the bottom reaches of the Hot 100 here (it made #42 on the Adult Contemporary chart), but The Carpenters had better luck with it two years later, hitting #16 with the song, which would be their last top 40 hit. Bama is not to be confused with the legendary country band Alabama, who also recorded the song, taking it to #1 on the Country charts in both the United States and Canada. The three of them also wrote “Even the Nights Are Better,” which would be a top five hit for Air Supply in 1982. Bama’s “Touch Me When We’re Dancing” is one of the rare songs unavailable on Spotify (much less for download); you’ll have to listen to it on YouTube to hear it at all.

I love The Isleys, but they were very late to the party on this one—putting “disco” in the title pretty much guaranteed no airplay from top 40 stations in late 1979. (It’s not even a particularly “disco” sounding song; it’s more of The Isleys’ soul-funk style. I don’t want to make it sound like a bad song—it’s a perfectly good song, that probably would get more airplay on oldies stations today if it had been a hit back then.) Anyway, it didn’t help the band regain standing on the pop charts (they hadn’t had a top 40 pop hit since 1975’s “For the Love of You”), and only reached #27 on the Soul chart. From their double album Winner Take All (another bad choice during the summer and fall of 1979, when rising oil prices made double LPs very expensive).

Posted by Curt Alliaume at 9:22 PM